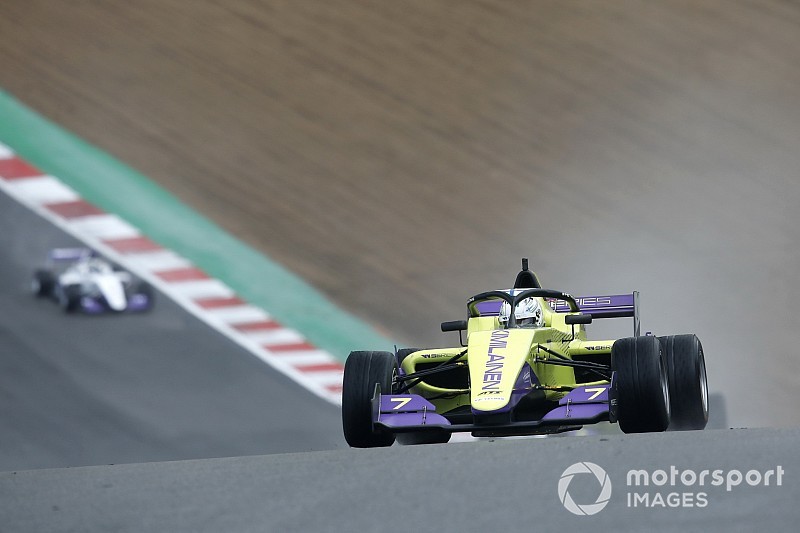 Assen winner Kimilainen set a lap time of 1m23.365s during the second free practice session, having also set the pace earlier that morning in changeable conditions.

Alice Powell ended the day second-fastest, just ahead of championship leader and Williams Formula 1 development driver Jamie Chadwick, who was second in the morning.

Miki Koyama was fourth-fastest ahead of Jessica Hawkins, who is one of several drivers who is fighting for a guaranteed 2020 grid slot by finishing in the top 12 in the standings.

Fabienne Wohlwend caused a late red-flag when she ran into the gravel at Paddock Hill Bend in the final five minutes of practice, but had set a time good enough for sixth.

Championship contender Beitske Visser was seventh and almost a second adrift of Chadwick, who will win the inaugural W Series title as long as she finishes on the podium.

Visser had improved from her morning performance, where she ended up last in the field after having completed just seven laps before being confined to the garage with an apparent technical issue.

Sarah Moore was eighth-fastest, ahead of ex-GP3 racer Vicky Piria and Sabre Cook.