Jamie Chadwick says her 2021 W Series title felt “harder fought” than her 2019 win, but feels “sweeter” because of the tough season-long battle.

The double champion endured a season-long battle with Alice Powell, entering the season finale double header at the Circuit of the Americas level on 109 points.

But she snatched the title after dominating both races, winning the first from second place before a lights-to-flag victory in the decider on Sunday.

Speaking after the Austin weekend, Chadwick said her victory was "hard to put into words."

"I feel like this year's been quite high pressure," she said. "I feel like I've been pushed all the way and coming to America it did feel like I had to level up and make sure that we did everything possible. Relieved and happy, honestly couldn't be happier to have got the title.

"Today I knew that it would be about the start, obviously I had Abbi [Pulling] was fast in qualifying – she qualified on pole in the first race – alongside me, so I just felt quite confident I had to make the most of being on pole position and get the best start possible and then from there I had to manage the race.

"So yeah, I was really happy that I did that and after the first lap I just enjoyed it to be honest, just every lap enjoyed it as much as I could and fortunately the reward was there at the end." 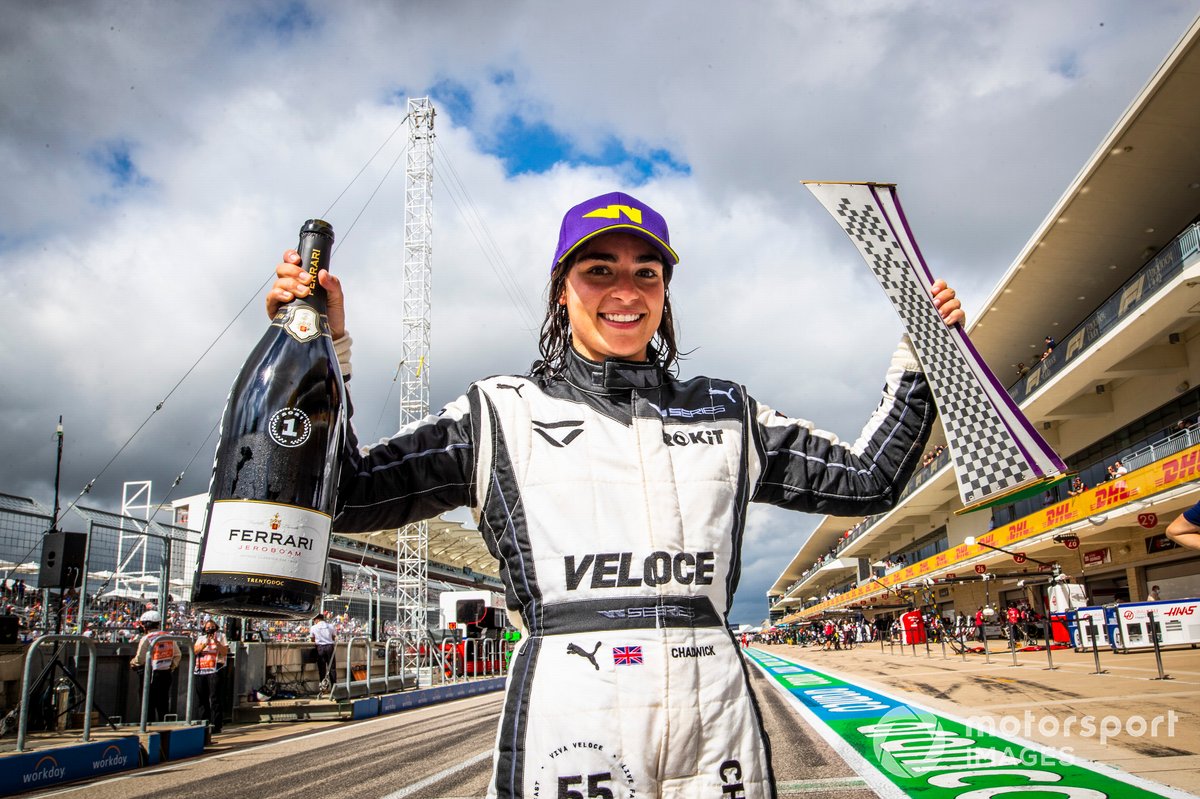 Chadwick, who is also a Williams development driver said although the titles "both mean a lot", this year felt harder fought.

Powell brought the fight to the reigning champion from the off, with the pair scoring three wins apiece before the Austin decider.

Chadwick said: "I think in 2019 I got quite a big advantage early on and then it was just managing it, whereas this year every race it was tossing between Alice and I.

"It was tough, I keep saying it but it felt higher pressure this year and it also felt like the stakes were higher, the sense of occasion being on the Formula 1 package, everything about it just felt like we needed to constantly be performing.

"Obviously really happy to have come out on top but definitely a tougher year, I would say, maybe makes it a little bit sweeter this year than 2019."