Miki Koyama ended the first day of W Series running at Misano fastest, having topped the second practice session with a time of 1m34.633 seconds. 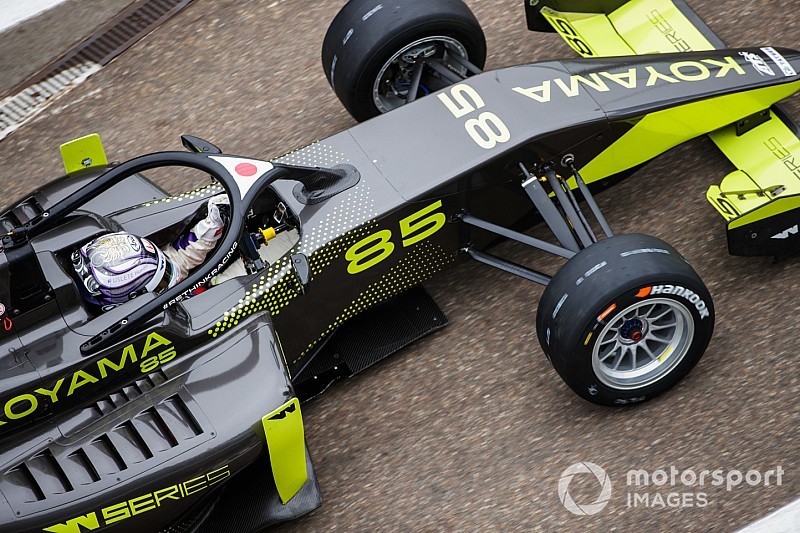 Koyama was the first driver to dip below the 1m34 seconds mark, setting her time in the last 13 minutes of the Friday afternoon session and just beating championship leader Jamie Chadwick.

Chadwick stole the second fastest time of the day from Jessica Hawkins in the closing moments of the afternoon, two tenths slower than Koyama with a time of 1m34.816 seconds. Hawkins continued an impressive showing so far, coming third in both sessions.

Vicky Piria was fourth in practice for her home race with a time of 1m35.025 seconds with less than a second separating the field from fourth to Gosia Rdest in 13th.

Zolder winner and FP1 pacesetter Beitske Visser - who had initially set the pace with a benchmark time of 1m35.057 seconds in the first 15 minutes - was fifth, having been confined to the garage with the engine cover removed from her car for the remainder of the session.

Fabienne Wohlwend and Alice Powell were sixth and seventh respectively, Powell having set a time fast enough for second in the morning session.

The second practice session was delayed by 50 minutes due to the screws in the kerbs at turn six and 16 coming loose, with the kerbs ultimately being removed entirely so that running could resume.

Kimilainen to skip Misano W Series round as well