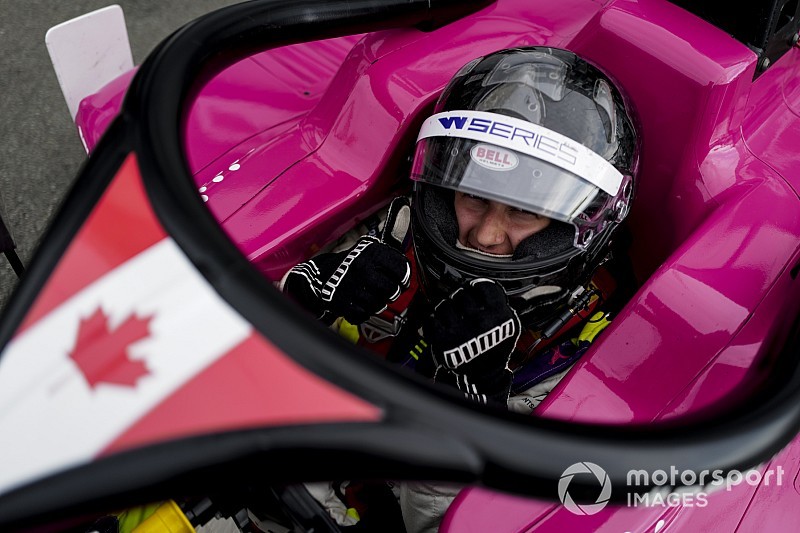 The grid for Sunday morning's race is based on the reverse current championship order, meaning that Chadwick will line up as the last of 20 drivers, with Megan Gilkes on pole.

Reserve driver Sarah Bovy will line up alongside Gilkes on the front row, ahead of Shea Holbrook and Vivien Keszthelyi, while Beitske Visser will join her championship rival Chadwick on the back row.

The second race will run as an experiment as W Series seeks to confirm its full plans for its second season in 2020.