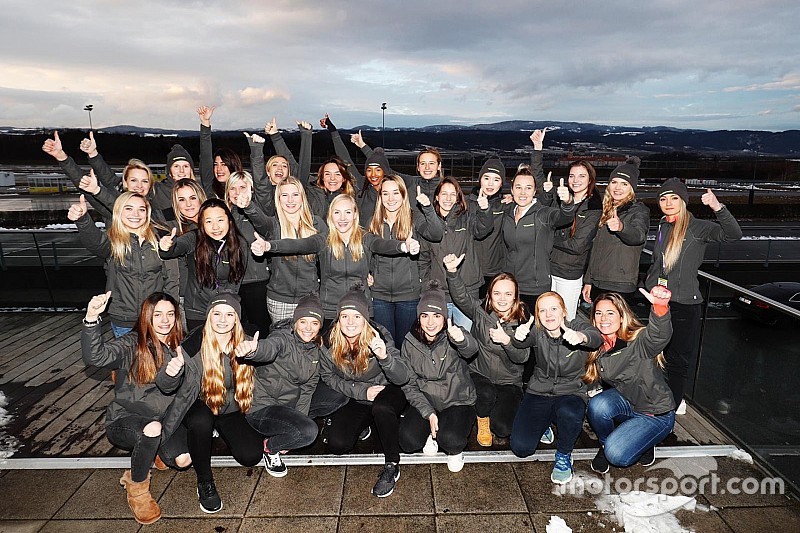 The new all-female W Series has revealed the 28 drivers through to the next stage of its selection process, after three-days of intensive assessment in Austria.

The selected drivers have been hand-picked from a field of 54 by a panel of judges including W Series directors David Coulthard and Dave Ryan as well as former Indycar driver Lyn St James.

Alexander Wurz also served as a judge, with the assessment programme using the same criteria as used by the FIA Institute as part of its Young Driver Excellence Academy from 2011-2015.

Candidates were evaluated over the course of ten modules, which included tests of driving ability in the snowy conditions at the Wachauring, using Ford Fiesta ST and Porsche Cayman S road cars rather than single-seaters.

Fitness and mental agility and comprehensive media sessions were also taken into consideration before a ‘Race of Champions-style’ challenge made the final decision on Monday.

“All W Series’ qualifier-drivers here at the Wachauring [Melk, Austria] are superstars, every single one of them,” said W Series CEO Catherine Bond Muir.

“But the sad fact is that not all of them will continue to the next stage of our driver selection programme. That’s competition. That’s sport. That’s racing.

“But one thing I’ve seen over the past three days, and that I’ve been massively impressed by, is that each and every one of our qualifier-drivers is tough, brave and strong.

"And of course we’ll therefore encourage them to work hard on their driving for the next few months and then consider re-applying for the 2020 W Series season when the time comes.”

The next stage of the selection process will take place in Almeria in Southern Spain in March, across four days where candidates will test the Tatuus F318 Formula 3 car to be used in W Series.

The final grid of 18 drivers, plus two reserves, will then be selected ahead of the first round at Hockenheim in May.