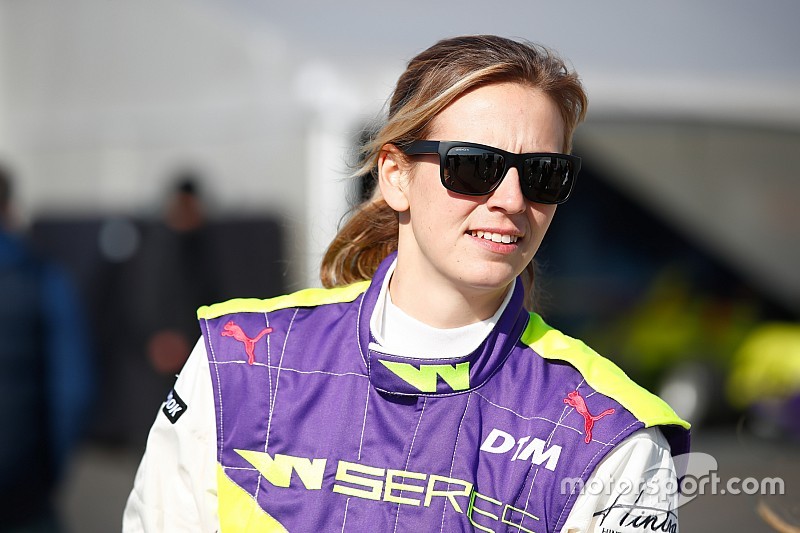 Reserve driver Sarah Bovy will make her W Series race debut at Zolder this weekend, joining the grid as an extra entry for the second round.

Bovy, 29, was announced as one of two W Series reserve drivers - alongside Vivien Keszthelyi - following the Lausitzring pre-season test in April.

Both drivers ordinarily take part in the first free practice session of the weekend in two extra W Series cars, where Bovy was 12th fastest in Friday morning's running.

She was then given the opportunity to also run in the second free practice session at her home event, ending the day in 15th.

Bovy’s additional entry will bring the W Series grid up to a total of 19 cars in its second weekend of its inaugural season.

"Catherine Bond Muir told me this afternoon," said Bovy. "I could hardly believe it. She said it was my belated birthday present. It was such a fantastic surprise. I’m over the moon!"

"Sarah really deserves her chance," added Bond Muir. "She's worked so hard all year, despite the natural disappointment of being named as a reserve driver rather than one of the initial 18 race drivers, and she performed very well today in FP1 and FP2.

“The fact that we're in Belgium, her home country, will add an extra local lustre to tomorrow's race."

Bovy’s engineer for the weekend will be Amelia Lewis, who is on loan from McLaren, where she works as a factory-based performance engineer.