Jamie Chadwick took a lights-to-flag victory in the second 2021 W Series race in Austria, starting on pole before building up a lead of more than five seconds to win.

The reigning champion, driving for Veloce Racing, dominated the second consecutive weekend at the Red Bull Ring, leading every session while also taking the bonus points for fastest lap to take her third W Series win.

It came as redemption after she had a difficult weekend last time out, starting eighth after a cracked carbon pipe scuppered her qualifying, before fighting her way back through the field after a second lap shunt to finish seventh.

Irina Sidorkova, one of the rookies driving for W Series Academy, finished in second to take her first W Series podium, while Emma Kimilainen (Ecurie W) was third.

Beitske Visser (M Forbes Motorsport), who started second, was left stranded on the grid after her car stalled, with the same predicament striking Puma-sponsored Marta Garcia further back in the field in seventh.

But by the third lap, Visser was up into 14th, with Sabre Cook, driving for Bunker Racing, up from the back of field to 11th place after she went off during yesterday’s qualifying. 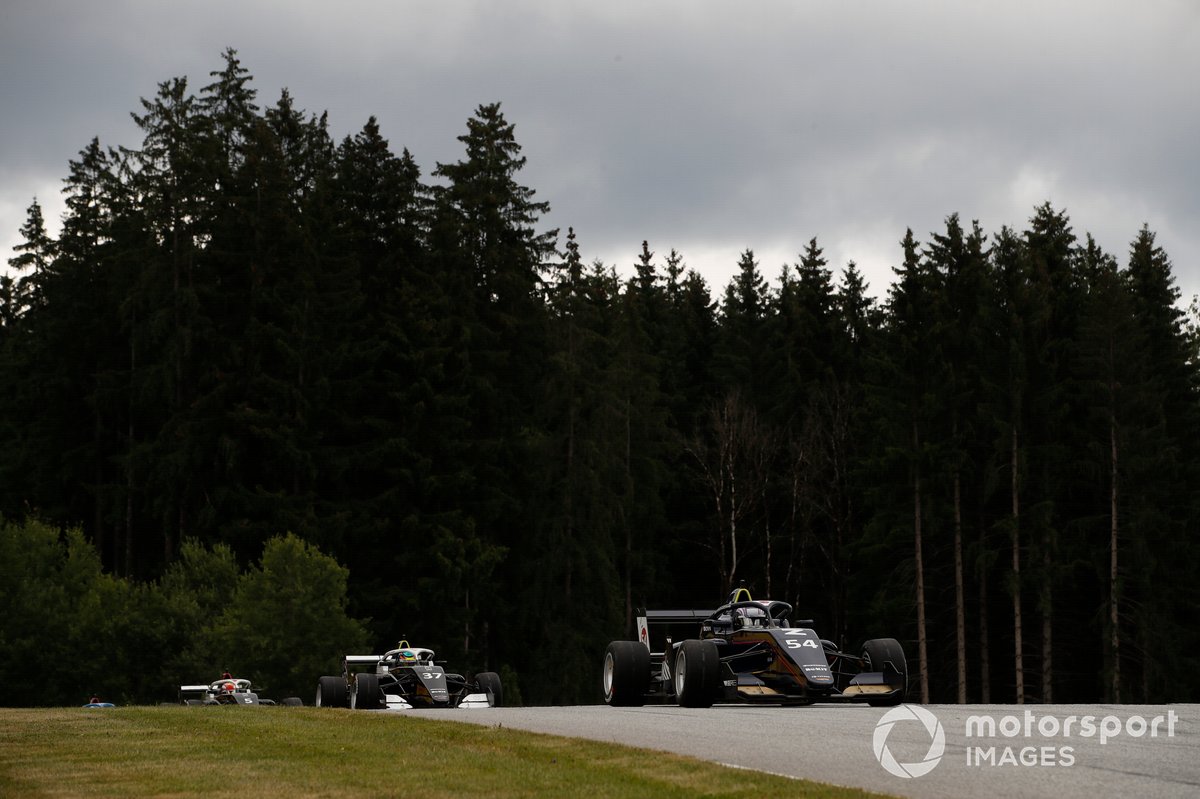 With 24 minutes remaining, Chadwick remained totally in control, two seconds ahead of her nearest rival Sidorkova, who was up into second.

Marti passed Moore to take fifth on lap 5 before Moore took the position back the following lap, with Marti going wide over the yellow sausage kerbs amid the tussle.

On lap 8, Puma’s Gosia Rdest went off onto the gravel after contact with team-mate Marta Garcia, but managed to rejoin the track, albeit having been dropped down to the back of the grid.

The Stewards are set to investigate that incident after the race.

Alice Powell, despite having previously complained of a lack of straight-line speed in her Racing X-sponsored car, managed to sweep past Belen Garcia (Scuderia W) on lap 9, taking eighth place.

By the half-way mark, Chadwick had built up a lead of over five seconds, with a similarly large gap between Kimilainen in third and Tomaselli in fourth.

Ayla Agren (M Forbes Motorsport) was shown the black and white flag for exceeding track limits on lap 12, but escaped any further reprimands.

Miki Koyama pitted with five minutes to go with a vibration in the car, possibly caused by a flat spot, but emerged back onto the track to complete the race.

Eaton passed Marti with less than five minutes to go, with the pair tussling for sixth.

Moore, who started ninth, swept passed Tomaselli to take fourth with less than two minutes to go, diving down the inside to take the position after laps of close racing.

W Series returns in support of the British Grand Prix at Silverstone from 16-17 July.