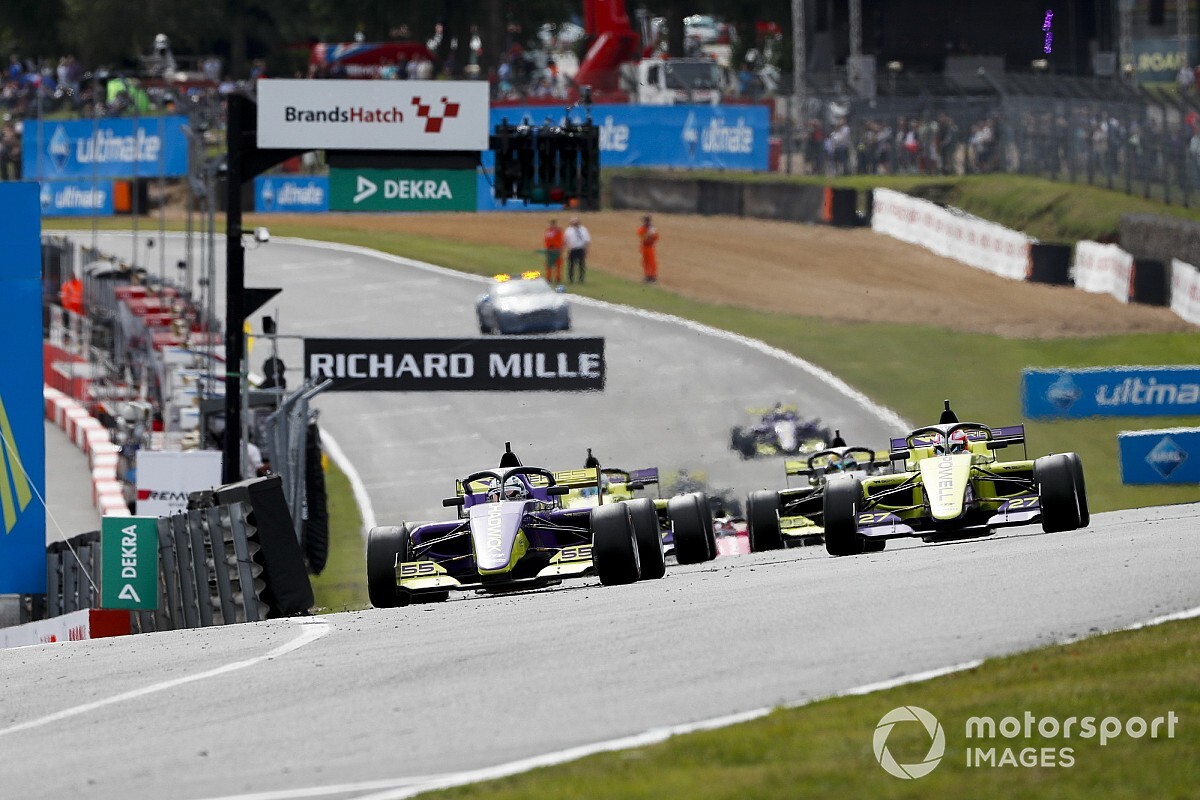 W Series CEO Catherine Bond Muir has suggested that she would like the championship to continue as a permanent part of the single-seater ladder even if motorsport becomes much more gender-equal.

W Series debuted in 2019 in order to create more opportunities for women in racing by offering fully-funded seats and a prize fund of £1.14 million.

The series' self-stated goal is to help women to reach Formula 1 and to promote increased female participation all across motorsport.

Despite early suggestions that the ultimate success would be to make W Series redundant, Bond Muir is now keen to stress that the series has become more than a means to an end and is a worthy racing series in its own right.

"On reflection I think I may have changed my view because I answered that question before we had raced, Bond Muir told Motorsport.com. "But then I've seen the racing and it's really great exciting racing."

"My view has evolved somewhat to if W Series can produce great sport in and of itself why wouldn't you keep W Series?

"I think that the time in which W Series won't be needed is the time when there are so many women in different sports and as a result people won't want to watch W Series.

"There are numerous other sports where men and women can compete equally against each other and there are still separate series for them. I still think it will be part of the feeder series into the higher single-seaters."

W Series' perceived segregation has proved controversial since it was first announced and Bond Muir acknowledges that there are people for which "there is nothing that we will ever be able to do to change their minds".

However she is optimistic that the series' profile will continue to make it popular with female drivers even if motorsport becomes more diverse.

"Hopefully in the future women will have a choice as to where they want to go," she said.

"What is more high profile, Formula 3 or W Series? And we've only had six races. Women may then say that they want to go into W Series because not only does it have great racing but it's a series that still has the profile."

Bond Muir says that W Series is open to racing on its own or alongside other categories should the DTM, with which it shared its calendar, have to stop after 2020.

“Our last conversation with DTM was about that they hadn’t agreed their races yet and as soon as they did they would be back in contact,” Bond Muir said. “We are looking at plenty of potential opportunities, either with other series or maybe we’d do our own races.

“We’ve had a fantastic partnership with [DTM] to date and we’d love to carry that on.

“The message that I would want to give is that if DTM is racing we’d love to continue the partnership but if it doesn’t then we have back-up plans."