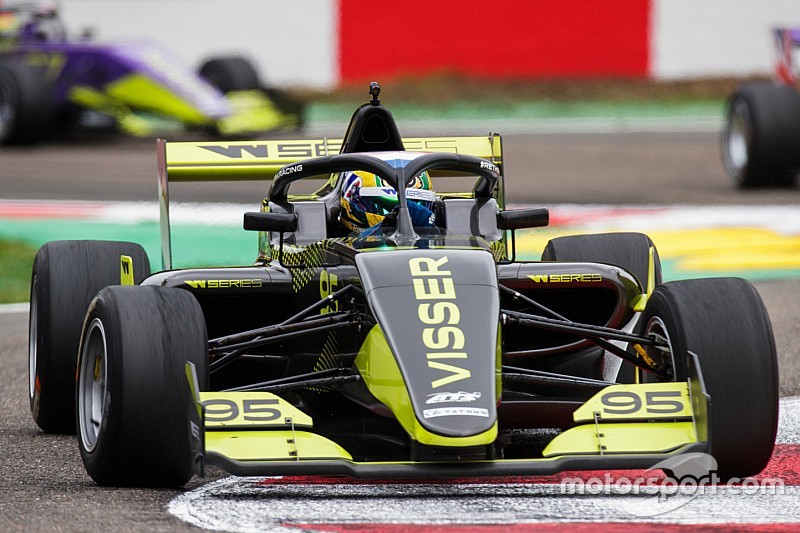 Beitske Visser took victory in the second-ever W Series race at Zolder with a commanding lead of almost eight and a half seconds over pole-sitter, and opening round winner, Jamie Chadwick.

Visser narrowly missed out on pole to Chadwick in the earlier qualifying session, but capitalised on confusion over the waving of the green flag at the start to take the lead from the line.The initial confusion was caused by a car failure for Sarah Bovy at the end of the formation lap, which subsequently bought out a safety car for the duration of the first two laps of the race.

Despite an attempt from Chadwick to repass, Visser held onto the lead at the restart before another safety car period was triggered as a result of an incident involving Esmee Hawkey, Gosia Rdest and Vivien Kesztheyli – the latter making her W Series race debut in place of Emma Kimilainen, who was taken ill on Friday.

Nonetheless, Visser retained the lead once again on the second restart and began to pull a significant advantage over championship leader Chadwick, ultimately crossing the line to take her first victory in the series with an impressive margin of 8.451 seconds.

Meanwhile, Chadwick successfully defended from a challenge for second from Alice Powell in the closing stages of the race.Powell made a late-move on the inside of Chadwick to take second, with the pair duelling wheel-to-wheel for a further lap before Chadwick finally retook the position on the inside of the second corner on the penultimate lap.

Marta Garcia just missed out on another podium and was fourth, having fended off pressure from Sarah Moore in the early part of the race.Moore was then forced to turn her attention to defending from Tasmin Pepper and Fabienne Wohlwend in a race-long battle for fifth, sixth and seventh position.

Miki Koyama also joined that duel in the second half of the race, in another impressive showing, having gone from 13th on the grid at the start to finish in eighth place.

Vicky Piria was ninth, after having maintained her advantage over a chasing Naomi Schiff, who completed the top 10.