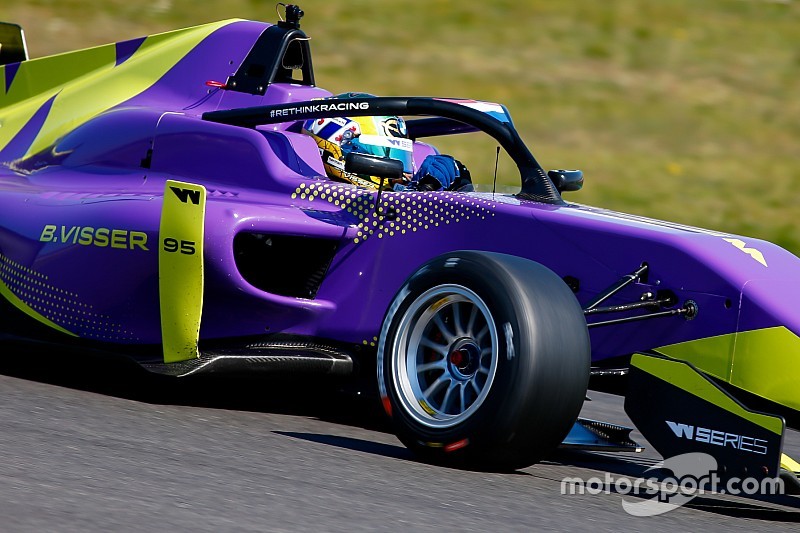 Chadwick - who was also fastest in the first free practice session - and Visser traded times for top spot throughout the first half of the session, with Visser's best time of 1m29.490 seconds enough to keep her at the head of the field by a margin of just 0.342 seconds.

Hockenheim third-place finisher Marta Garcia ended her practice running in third, improving on the morning session where she was sixth.

Garcia was ahead of Tasmin Pepper, who enjoyed a strong end to the day having gone 18th in FP1.

Emma Kimilainen, who suffered a DNF in the first round at Hockenheim after a first-lap collision with Megan Gilkes, ended the day in fifth ahead of Fabienne Wohlwend.

The second half of the second free practice session was affected by rain, with almost all drivers remaining in the pitlane in the closing minutes, with the exception of Gosia Rdest, who was seventh.

Former GP3 driver Vicky Piria was 11th, recovering after having caused a brief red-flag period in the earlier session with a run into the gravel trap.

Alice Powell, who was second at Hockenheim and was briefly fastest in the first session, failed to set a laptime.

Each W Series driver is competing at Zolder in a different chassis to the one they raced in Hockenheim, with the cars having been allocated by way of a random draw prior to the start of the weekend.