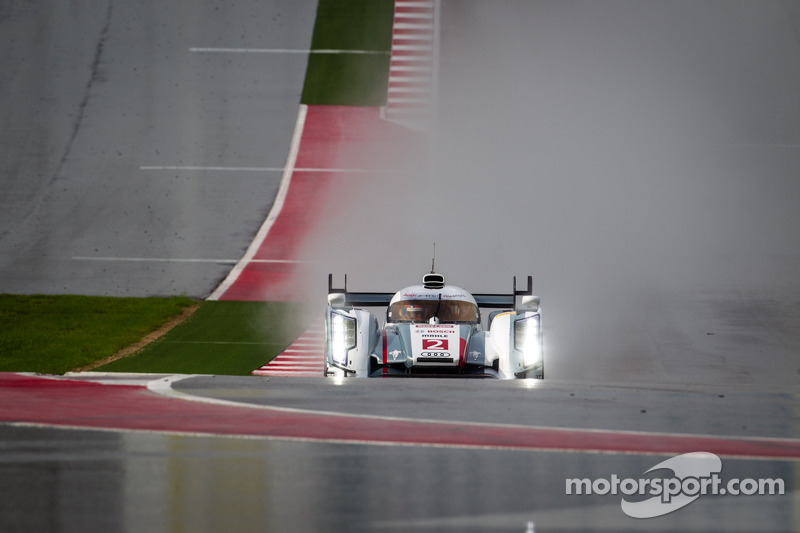 Good morning from a very wet Circuit of the Americas in Austin, Texas. Although the rain is much needed in the area, it is a little unfortunate for sportscar racing fans that the weather gods chose today to deliver such a downpour. However, the forecast promises sunshine and the usual seasonal hot weather as the weekend approaches, with a dry day expected for Sunday’s 6 Hours of The Circuit of The Americas.

In today’s first official Free Practice session, Audi continued to set the pace at the head of the overall time sheets. As the chequered flag flew Loïc Duval set the fastest time of the day with a lap of 2:03.749 in the No.2 Audi R18 e-tron quattro, placing him 0.7 seconds ahead of the No.1 Audi and more than two seconds ahead of the No.8 Toyota Racing TS030 Hybrid. Rebellion Racing’s LMP1 Privateer entry was 0.7 seconds behind the Toyota. 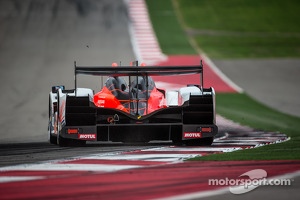 In LMP2 Nicolas Minassian’s lap of 2:12.072 in the No.49 Pecom Racing ORECA 03 Nissan was the benchmark for the class, his car being only one of three to venture out in the wet conditions. The two Lotus T128 cars were behind him, No.32 being ahead of its sister car No.31 but times were largely immaterial due to the conditions.

All the LMGTE Pro entries took to the track, and it was the No.92 Porsche AG Team Manthey of Richard Lietz who set the standard for the class with a lap of 2:17.164. Between him and the No.99 Aston Martin Vantage of Fred Makowiecki was the Danish LMGTE Am Aston Martin of Nicki Thiim. The latter’s lap time of 2:18.022 was three tenths of a second ahead of the Frenchman’s. Third in the Pro category was the No.98 Aston Martin, Richie Stanaway setting its best lap of 2:19.245.

Several Am competitors chose not to practice this morning, but second in class was the No.96 Aston Martin Vantage V8 of Stuart Hall with a time of 2:20.479 which was just one tenth of a second ahead of the No.76 IMSA Performance Matmut Porsche 911 RSR GT3 of Raymond Narac.

A second 90-minute free practice session will take place this afternoon at 15:25 hours (local, 22:25 CET). We wait to see if the rain will have passed or not!

Oliver Gavin to join Aston Martin at Circuit of the Americas