The Lola LMP1 Coupé will compete in its final race at the Shakir International circuit for the 6 Hours of Bahrain, the closing round of the 2013 FIA World Endurance Championship.

Saturday, 30 November 2013, will be an extremely special day for REBELLION Racing : the Lola LMP1 Coupé will compete in its final race at the Shakir International circuit for the 6 Hours of Bahrain, the closing round of the 2013 FIA World Endurance Championship. 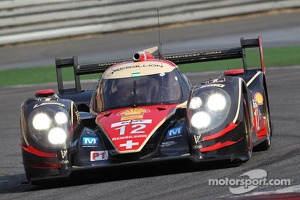 Bart Hayden, REBELLION Racing Team Manager : "An important era for REBELLION Racing reaches its conclusion with the final race for the Lola CoupÈ LMP1. The Team built its reputation with this car, we have recorded a lot of victories and championship wins in the Le Mans Series, in the American Le Mans Series and of course in the FIA World Endurance Championship through the FIA Endurance LMP1 Trophy. It would be fantastic if the Lola could finish its career with another podium at the 6 Hours of Bahrain."