A word from Chris Reinke, Audi Head of LMP 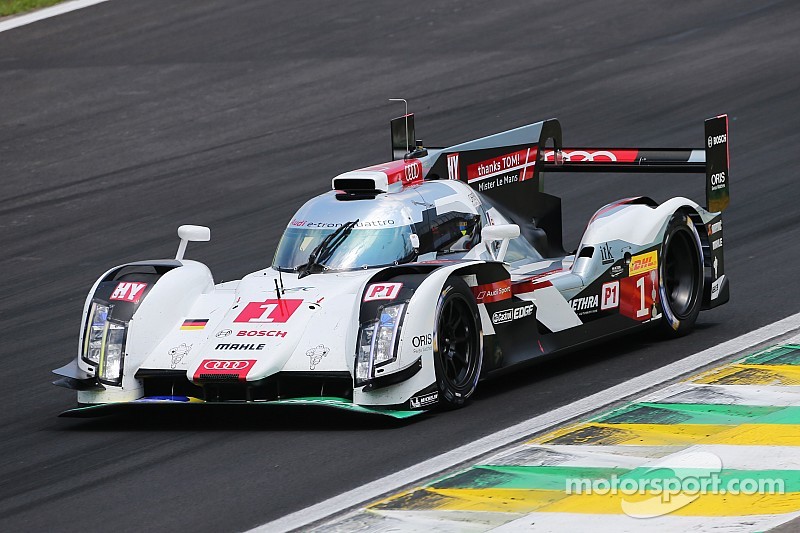 Chris Reinke: "Every manufacturer will try to recover and reuse as much energy as possible."

In Paris on Thursday, the Le Mans organizer ACO confirmed all three Audi nominations for the 24-hour race. Are all preparations for the 2015 season on schedule?

Were exactly on schedule as planned. The construction of the race car has been completed and testing started at the beginning of the year. Endurance testing will be the next thing on the agenda. The first components for our cars that will be fielded have already been delivered as well so that we can start the assembly work. A limit that has been imposed on the test days this year is new for all teams. Our drivers are intensively preparing in the simulator and in track tests with the new car. Were systematically familiarizing our new signing René Rast with his new task. Hes already reeled off his first kilometers on the race track.

The season will be tougher than ever before. Another manufacturer  Nissan  has entered the Championship. Are you looking forward to the competition?

This marks another upgrade of the FIA World Endurance Championship (WEC) and were happy about that. Audi has been making its mark as a pioneer of new technologies in motorsport for three decades. So, with that in mind, were excited about meeting with a concept thats as individual as Nissans. Its clear that the battle for podium positions will even be fiercer this year. Even last year all three manufacturers were in contention for victory and obviously at Audi were set on battling for our 14th Le Mans victory and would like to bring back the WEC title to Ingolstadt and Neckarsulm.

What innovations for 2015 will be particularly important?

The rules have been adjusted but the game has not been rearranged. For instance, there will be a new tire limit in effect on each race weekend, but that tends to affect the processes during the events more than the basic performances. Theres a completely different factor that we expect to have a much greater influence on the performance capabilities of all the manufacturers. The regulations continue to define four different hybrid energy classes. Every manufacturer will try to recover and reuse as much energy as possible. Therefore, Audi expects greater leaps in terms of performance and lap times than in the past years.

Is the Audi team optimally prepared for the new season in terms of manpower as well?

In Jörg Zander, weve got a new Technical Director who is going to provide his particular impetus. At the level of the race engineers were relying on a newly formed team from our own ranks. Leena Gade will remain the race engineer for Marcel Fässler/André Lotterer/Benoît Tréluyer. Justin Taylor, following his stint in the 2014 season finale, is now permanently assuming responsibility for the car of Lucas di Grassi/Loïc Duval/Oliver Jarvis. To make use of the synergies with the test team, weve selected Matthias Huber as the engineer for Filipe Albuquerque, Marco Bonanomi and René Rast. I couldnt wish for a better team.