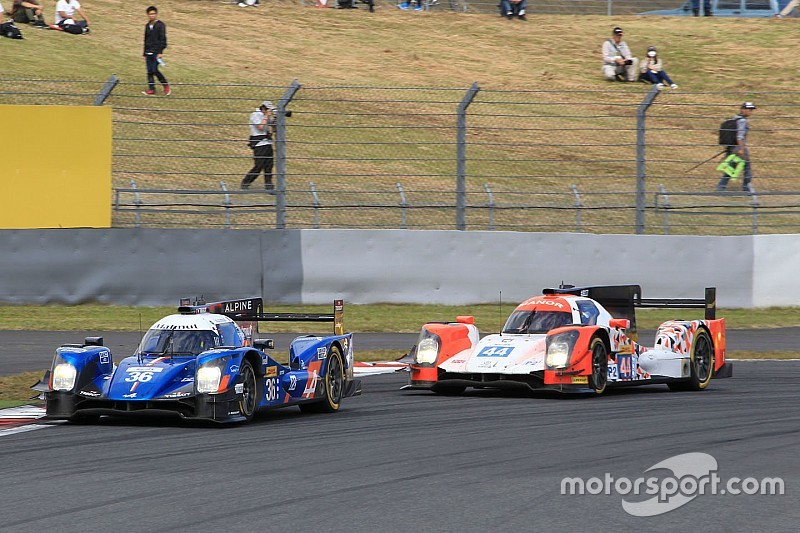 The President of the Automobile Club de l'Ouest, Pierre Fillon, says he is unconcerned that only Oreca cars are set to race in the LMP2 class of this year's FIA World Endurance Championship.

It means Ligier, Dallara and Riley/Multimatic - the other three designated LMP2 constructors for 2017 - will have no representation full-time in the championship.

However, speaking at the presentation in Le Mans, Fillon said the Oreca monopoly has no real significance, and highlighted the much more diverse nature of the 25-strong LMP2 field for Le Mans.

"I really think – I wouldn't say it's a coincidence, it's not the right word – but it does not quite reflect reality," Fillon told Motorsport.com when asked about the all-Oreca LMP2 field.

"This year, there happen to be only Orecas in WEC, but if you look at the 24 Hours of Le Mans or ELMS, you see there are many Ligiers, there are Dallaras.

"I think all of this is going to click into place, it's the first year, but I don't think the fact that there are only Orecas in WEC has any particular meaning."

As per 2016, two of the 10 Oreca 07 cars that are set to take part in WEC have been rebranded as Alpines by the Signatech team.

Fillon says he is happy for this arrangement to continue as long as the Renault-owned Alpine brand doesn't start producing cars of its own again, as the LMP2 division is reserved for privateer teams.

"Alpine does not make cars, as of now," he said, "so when they came back in P2, they did not make cars and we could not consider them as a constructor.

"That's why we accepted them in P2, knowing the chassis still is an Oreca or something else. As long as Alpine won't produce cars, they will be allowed to race in P2.

"It is obvious that on the day when they produce cars, the rules will need to be enforced."