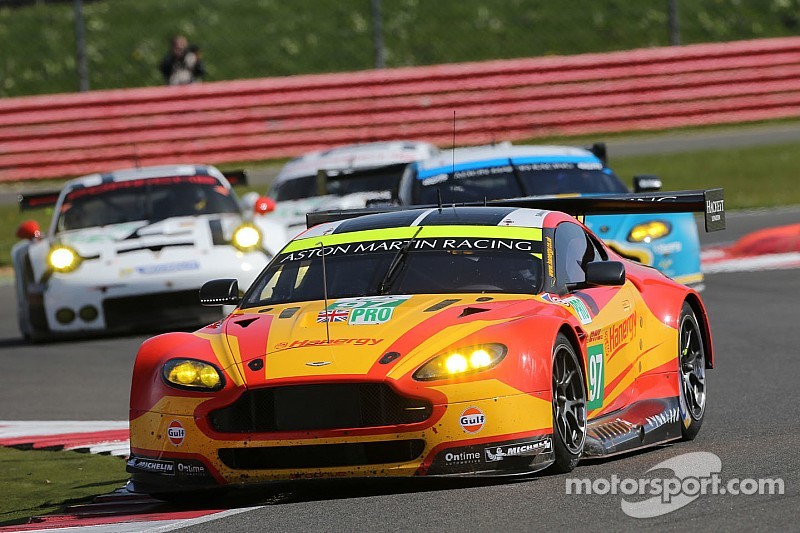 Aston Martin returns to the historic Spa-Francorchamps circuit with its five Vantage GTEs.

Spa-Francorchamps - Aston Martin Racing will continue its FIA World Endurance Championship (WEC) campaign this weekend (2 May) as it returns to the historic Spa-Francorchamps circuit with its five Vantage GTEs and the addition of British drivers Rob Bell and Jonny Adam.

As well as offering an exciting spectacle to more than 35,000 fans, the six-hour race is used by teams as preparation for the 24 Hours of Le Mans in June. Therefore, Aston Martin Racing has welcomed back GT-ace Bell to car #97 to reintroduce him to the team ahead of the championship’s 24-hour centerpiece.

In addition, Aston Martin Racing works driver Adam joined the team for the practice sessions, standing in for Nicki Thiim in car #95 as the Danish driver fulfills other racing commitments. The young Brit will return to the UK to race in the second round of the British GT Championship with Beechdean AMR.

“To win the championship, we must collect points at every race,” commented Team Principal John Gaw. “All five of our cars finished the Six Hours of Silverstone last month and we must do the same at Spa-Francorchamps this weekend taking as high a points tally as possible.”

Driver line-up for the WEC Spa-Francorchamps

Rainy opening practice for ESM and Ligier at Spa