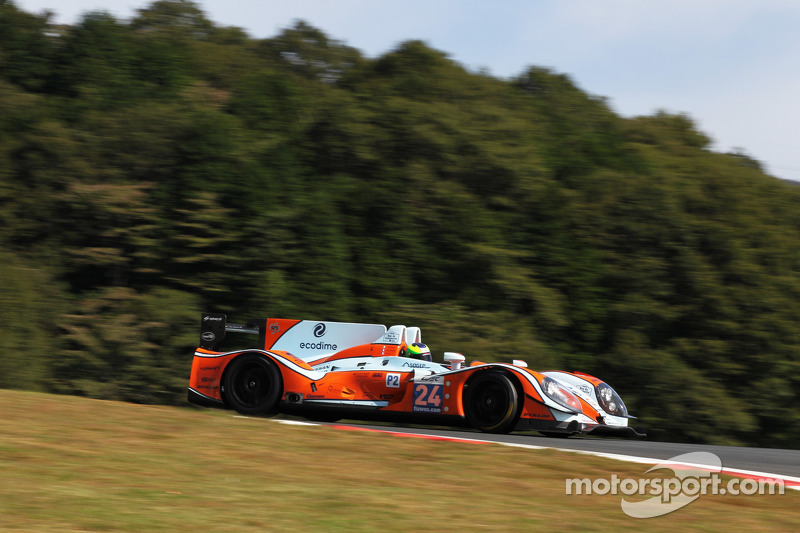 A battling performance helped OAK Racing score their third FIA World Endurance Championship LM P2 podium of the season at the 6 Hours of Fuji today, while its LM P1 machine came home eighth in class on its series return.

Despite the #24 Morgan-Nissan 2012 LM P2 being less suited to the Fuji Speedway than other circuits, the French squad was confident that its pace over a longer stint could make it a podium contender in race conditions. 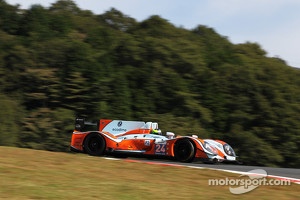 And Olivier Pla immediately proved the point by jumping from sixth to fourth on the opening lap before engaging in a short, intense battle for third place.

Matthieu Lahaye, who took over just before the end of the opening hour, continued to demonstrate the car’s excellent race pace throughout a rapid double stint that saw the Frenchman relentlessly hunt down and pass those ahead to run second in class before making way for Jacques Nicolet.

But not for the first time this season an unfortunate safety car period would compromise the team’s strategy.

Despite Nicolet maintaining position when racing resumed, the crew’s early hard work had been eroded after the chasing pack took advantage and closed in, leaving OAK Racing’s ‘silver’ grade driver battling with the other teams’ professionals.

The #24 car was down to sixth by the time he made way for Pla with one-hour 40 minutes remaining. The Frenchman was able to steadily move back into podium contention thereafter and picked up third when the #49 Pecom Racing Oreca lost time in the pits.

At the finish he was just over a minute behind the winning #25 ADR-Delta Oreca and #44 Starworks Motorsport HPD, which clinched the LM P2 title.

Meanwhile, the #15 OAK-HPD LM P1 proved fast but a little fragile on its racing return to come home eighth in class and 17th overall.

Bertrand Baguette took the opening stint before handing over to home hero Takuma Sato for his first competitive sports-prototype appearance.

The Japanese ace acquitted himself well throughout his double stint but was powerless to prevent the car being wheeled back into the garage for a new starter motor.

When the OAK-HPD emerged after 20 minutes Dominik Kraihamer was behind the wheel, the young Austrian beginning a dogged fight back that would see the car cross the line, now in the hands of Baguette, 17th overall.

Sebastien Philippe, Team Principal: “In terms of the LM P2 result, I think we probably achieved our maximum with third. All three drivers were excellent and the team performed flawlessly during the pit-stops.

Unfortunately we struggled to find an ideal set-up for the car on this specific layout.

The LM P1 meanwhile is still a new package and there’s much we still have to learn. There’s two weeks between now and Shanghai so we’ll analyse the data and come back stronger.

The HPD engine is very powerful so we are confident of making further improvements.”

Jacques Nicolet, #24 Morgan-Nissan 2012 LM P2: “It was a tough race for us but to be honest we were expecting that after the test. The car isn’t well suited to the circuit, especially the slow-speed final sector.

It took a lot of hard work to finish on the podium so the team can be proud of their achievement.”

Matthieu Lahaye, #24 Morgan-Nissan 2012 LM P2: “Olivier made a very good start to move up the order and I took over with the car in fourth. I really enjoyed my double stint but had to be careful not to overuse the tyres.

Jacques also did well so this was an all-round team performance at a circuit where we knew we would not be as competitive.”

Olivier Pla, #24 Morgan-Nissan 2012 LM P2: “Third was the best we could have hoped for I think. The post-qualifying set-up changes worked in this morning’s warm-up so I knew that a clean race was vital if we were to have a chance of making the podium.

It’s a good result given the circumstances but I would like to be challenging for the win at Shanghai in a couple of weeks.”

Takuma Sato, #15 OAK-HPD LM P1: “Racing a sports-prototype for the first time was a fun new experience even though we still need to improve the car. Coming from a single-seater background you have to change your approach.

Traffic management is crucial as it takes one or two laps to clean up the tyres if you run wide onto the marbles. But it was good fun and I’m looking forward to helping make the car faster for Shanghai.”

Bertrand Baguette, #15 OAK-HPD LM P1: “The first stint went well and it was clear to see that we had taken a step forward since the test on Wednesday.

Of course we’re not where we want to be yet but there’s a lot of potential still to unlock. If we can put into practice everything we’ve learned here we’ll be more competitive in China.”

Dominik Kraihamer, #15 OAK-HPD LM P1: “We need to improve the car in every area but it’s important to say that the team worked very hard this weekend.

I got in after the starter motor issue and just concentrated on making no mistakes so that we could get to the finish. Hopefully we can make a big improvement in China.”

The final round of this year’s FIA World Endurance Championship takes place in Shanghai on October 27/28.