Alonso: No regrets over lack of competition in LMP1 stint

Fernando Alonso says he has no regrets that his stint in the FIA World Endurance Championship co-incided with a time where his Toyota LMP1 team faced no manufacturer opposition.

The two-time Formula 1 champion, who partners Sebastien Buemi and Kazuki Nakajima in Toyota's #8 TS050 Hybrid for the 2018/19 superseason, confirmed late last month that he will not return to the WEC with the Japanese manufacturer for 2019/20.

Although Alonso's interest in sportscar racing dates back a number of years, he was unable to race in the Le Mans 24 Hours during the golden age of LMP1 manufacturer competition, which essentially ended when Porsche discontinued its 919 Hybrid programme after 2017.

Asked by Motorsport.com if he regretted his one and only WEC season came at a time with no other manufacturers in the top class besides Toyota, Alonso responded: "No.

"Unfortunately Porsche stopped their [LMP1] programme last season. Some private teams were in the championship, but last year it was four cars in LMP1 [actually five, including ByKolles], this year there are nine or 10 [only eight since Le Mans last year].

"Some of them are slower than Toyota, but I guess it’s not [down to] Toyota. The championship has tried to help them by slowing down the Toyotas and helping the privateers as much as they could. They still are not catching the performance of the hybrid car." 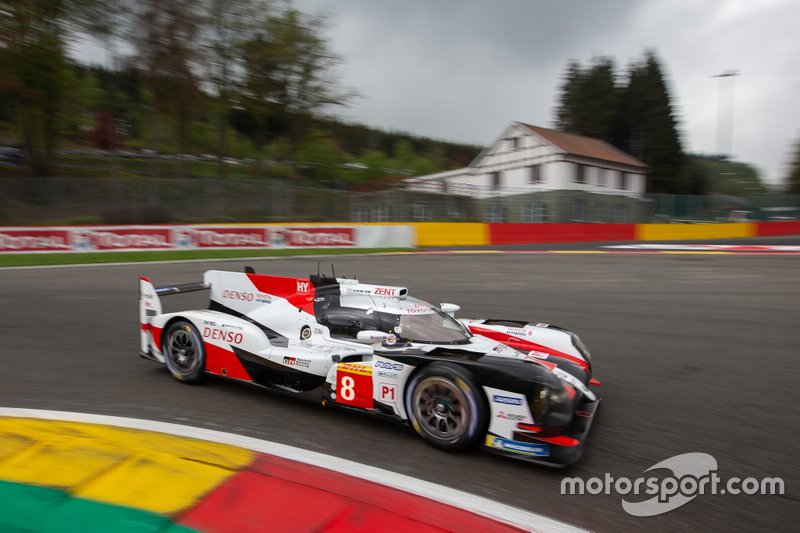 He added: "I was in Formula 1 many years, watching the Le Mans 24 Hours and WEC races – Audi winning 11, 12 [actually 13] times, racing alone, and people were very excited about Audi winning the 24 Hours. [Tom] Kristensen won nine times or something like that.

Alonso went on to liken the current situation in WEC with certain seasons in F1 where the title has been fought between two teammates in identical cars.

"Same as [Nico] Rosberg and [Lewis] Hamilton, or [Valtteri] Bottas and Hamilton," he said, "[when] there is only one car that can fight for a championship. Same as [Mark] Webber and [Sebastian] Vettel, or [Rubens] Barrichello and [Michael] Schumacher."

Prior to the Spa race, Alonso said he would prefer to win the WEC title with Buemi and Nakajima over winning Le Mans a second time, if he were forced to choose between the two.

Victory in Belgium, combined with a problem for the #7 car, means the #8 crew now only needs a seventh-place finish at Le Mans to be certain of title glory.

But Alonso says that a WEC championship would not mean the same to him as the two titles he earned in F1 with Renault in 2005 and 2006.

"No, I don’t think so," he said when asked by Motorsport.com if he considered a WEC title to have equal value to his F1 crowns. "F1 is the biggest category in motorsport. That’s the way it is.

"Depends on the difficulty of the championship, how you rank things. This year we have a dominant car. I’m sure Hamilton doesn’t rank the last four championships the same as 2008. It’s different." 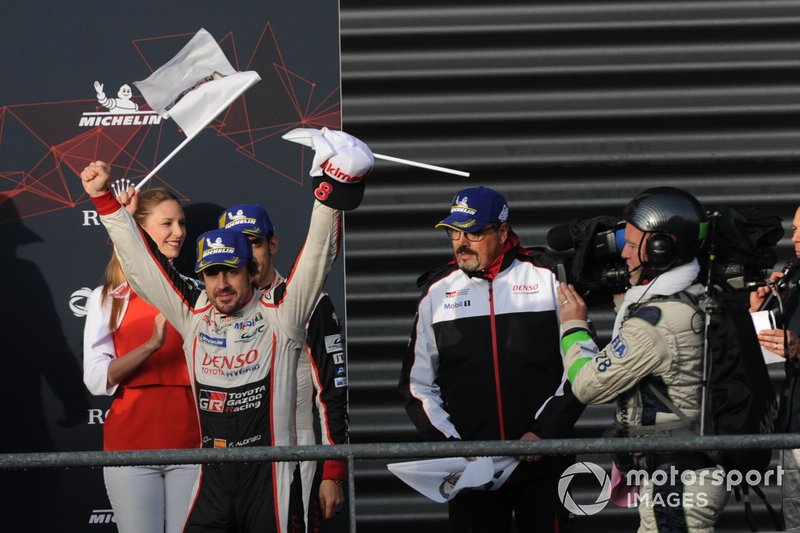