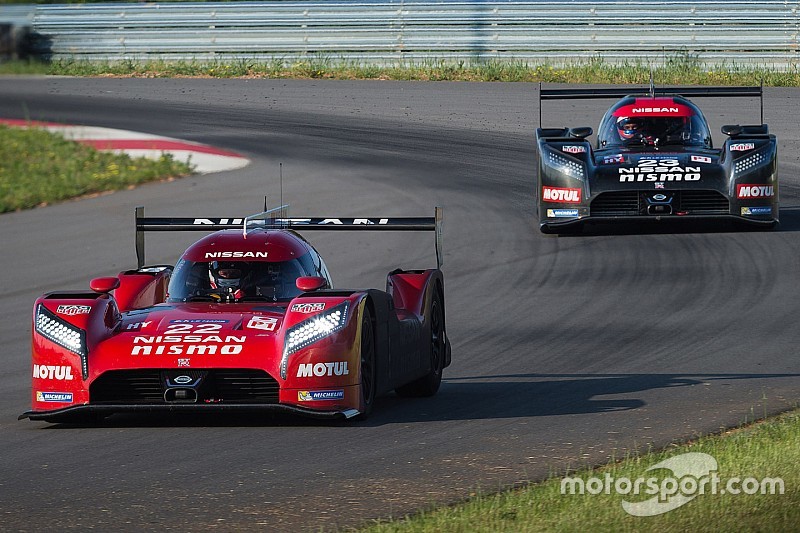 While Nissan deserves plaudits for its innovation, its front-engined LMP1 contender seemed doomed to failure from the start. Sam Smith looks back at a tumultuous year for the Japanese manufacturer.

Nissan acted decisively and brutally when it announced on Tuesday that it is ceasing its LMP1 project – the bold, but ultimately flawed Nissan GT-R LM NISMO.

The program ambled on with a test at NOLA earlier this month, and another was planned for the same venue in February. However, with key manufacturing activity having not even begun, there was only ever a slim chance it would continue into 2016.

Additionally, with the Nissan name emblazoned on cars that had been over 20 seconds slower than their LMP1 counterparts at Le Mans last June, corporate responsibility was unflinchingly taken.

That was the harsh reality for the decision makers in Japan. One of the world’s biggest automotive brands had been dragged through the rubber marbles, not only by Audi, Porsche and Toyota, but privateer teams in both LMP1 and LMP2.

With little prospect of running its new electrical hybrid system before the official FIA WEC test day in March, there was only really one decision to be made.

Problems from the outset

Of course, the minutiae and technical difficulties that swirled their way through the programme are for the most part now well known.

The tumbling deck of cards was triggered by issues with the original hybrid system, which Motorsport.com revealed in the spring to have had catastrophic test bench failures. The team arrived at Le Mans with plenty of combative spirit, but La Sarthe is no place to simply fight fires.

Rumours percolated about the trouble the project was in almost before it had started. A litany of technical dramas, accidents and drivers uncomfortable in the way that the cars handled started to bubble away.

The fact that drivers were incentivised simply to get their cars back to the pits in one piece told its own sorry tale.

Many senior staff also told Motorsport.com throughout the year of the managerial anomalies within the set-up. Micro-managing every issue when simply getting on with the job in hand would have reaped more instant dividends.

Yes, these issues happen within a large manufacturer operation, especially one as complex as this, yet still it was the last thing the hurried program needed at that stage.

The talent behind the car

On the other hand, Nissan was between the proverbial rock and hard place. If they were to commit to an LMP1 project, it really had to be done in 2015, with major rule changes planned for 2017.

Andy Palmer leaving Nissan in the autumn of 2014 also left the project's architect Darren Cox exposed on a corporate level. Cox eventually left a year later, and Michael Carcamo stepped aboard, but the ship had taken on too much water.

On a human level, there were some remarkable talents at work on the project. Ben Bowlby and Simon Marshall are visionary designers from the top drawer, and Bowlby’s inventive design philosophy in particular will not be blunted by the last two years.

Both he and his team will be back, probably in sportscar racing. The set-up also had a good smattering of engineering talent too, such as the vastly experienced Ricardo Davila and Steve Wills.

The drivers also deserve credit, and speaking to a few of them off the record left you with only admiration for their bravery. Of them, Harry Tincknell stands out for his fighting spirit and stoic approach which will surely see him rewarded with a bright future at the top level.

The sheer will and hard work put in by the Nissan crew at Le Mans was a marvel to behold. They earned the respect and admiration of the entire pit lane for their efforts that weekend.

From a marketing angle, there was much to marvel at too. Nissan’s activations and clever strategies more than delivered. The GT-R LM NISMO will likely be remembered by fans and insiders alike for a long time to come, despite its abject lack of success.

However, the sad reality is that the brave and the bold were ultimately defeated. Nissan tried hard to uphold what endurance racing is all about – ingenuity and technical vision – and for this, at least, it deserves to be remembered fondly.