Aston Martin, BMW and Ferrari are lobbying for the GTE Pro Balance of Performance to be reset for the next six-hour round of the FIA World Endurance Championship at Silverstone in August.

The three manufacturers are arguing that the so-called 'starting BoP' for each of their respective new cars is not correct and will take too long to rectify under the automated system introduced for all WEC races bar the Le Mans 24 Hours last season.

They want the rule makers, the FIA and the Automobile Club de l'Ouest, to invoke what is know as the 'black-ball clause' in the auto system, which allows for the BoP to be reset once per season.

The calls have come after the three manufacturers with new or evolution cars trailed behind Ford and Porsche first at the official WEC Prologue test at Paul Ricard last month and then in qualifying for the series opener at Spa this weekend.

The best of the MTEK BMW M8 GTEs in fifth place ended up more than a second away from the pole-winning Ganassi Ford GT in the aggregate times, while the fastest evolution version of the Ferrari 488 GTE and all-new Aston Martin Vantage GTE were respectively 1.4s and 2.2s in arrears.

Aston Martin Racing technical director Dan Sayers told Motorsport.com: "Clearly there is an issue that needs to be addressed and we are working with the FIA and the ACO to do that.

"It is always going to be difficult to balance new cars coming in, but the order of magnitude is a massive worry."

He added: "It’s not good for anyone that there is a two to three second gap across GTE this weekend. Clearly there is a problem somewhere, and I’m confident it will be corrected in time for Silverstone.

"It’s in everyone interests to change it. Manufacturers won’t come racing if they don’t have the opportunity to win. That’s the case this weekend, so clearly it doesn’t work.

"It’s written into the regulations that the ACO make a change if there are exceptional circumstances, which clearly there are this weekend." 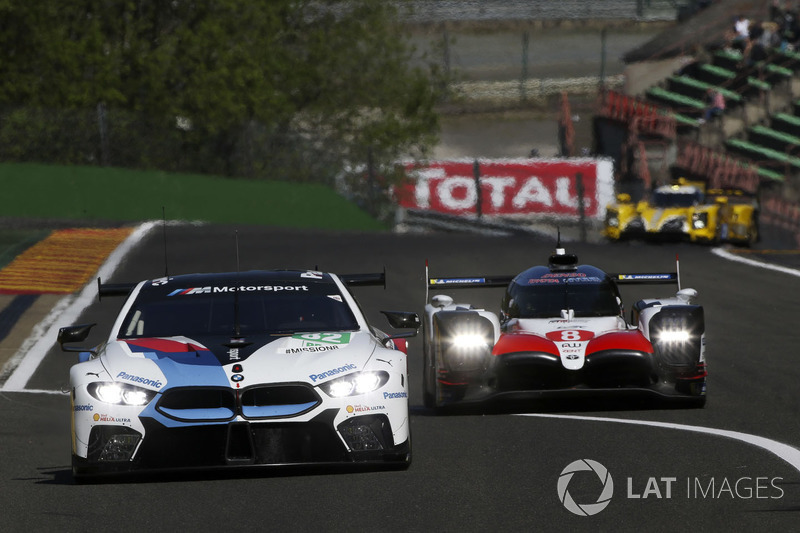 BMW Motorsport boss Jens Marquardt suggested that the automatic BoP system needed to be examined because this was the first time new cars had been introduced.

"If you get a new situation for the first time, you look whether what you have in place works properly, or if it looks like we might be in a situation where we could do an adjustment to do things better," he explained.

Antonello Coletta, Ferrari's GT racing boss, told Motorsport.com that he couldn't understand why the evo version of the 488, which is predominantly an aerodynamic update of last year's championship-winning car, had been hit so hard under the BoP.

"The problem is that if you have the wrong starting point, it will be wrong for all the season, because it will take too long to bring back the gap," he said.

Adjustments under the auto BoP, which are based entirely on empirical data fed into an unpublished algorithm, can only be made in relatively small increments.

A maximum adjustment of 20kg and 10kW (13.5bhp) can be made at any one time and no car can have its BoP changed at two races in succession.

Sayers said that if those changes had been implemented ahead of this weekend's Spa race, the Aston would still be off the pace.

"That's probably only three quarters of a second around here, which proves the extent of the problem," explained Sayers. "That shows that unless dramatic happens, we will have to write off the season."

Sayers dismissed suggestions that Aston has been hiding its performance in order to get a more favourable BoP for next month's Le Mans round, which lies outside the auto system because of the unique nature of the circuit.

"The beauty of Le Mans is that if something is wrong it can be changed during race week or they can hit you with a five-minute stop-go penalty during the race," he said. "There are very good safeguards against sand-bagging."

Ganassi Ford team principal George Howard-Chappell repeated a statement he made after the Ricard test in response to the claims from Aston Martin, BMW and Ferrari.

"It looks like only two manufacturers are trying," he said. 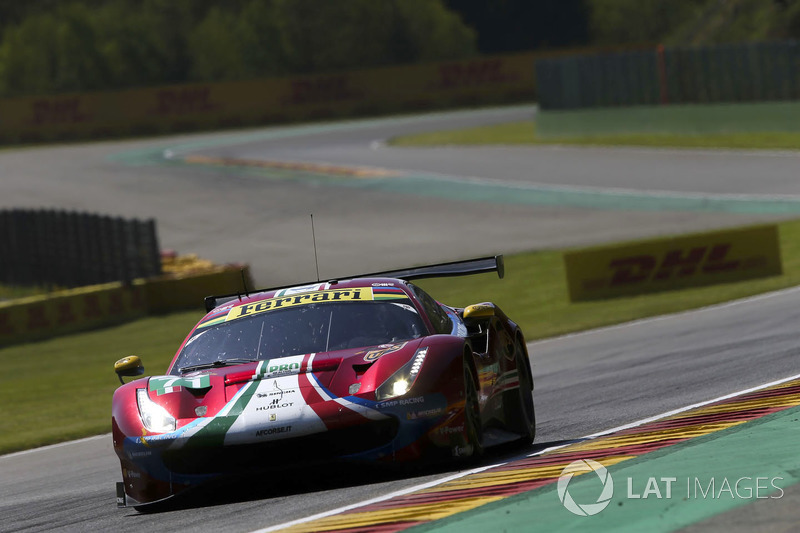