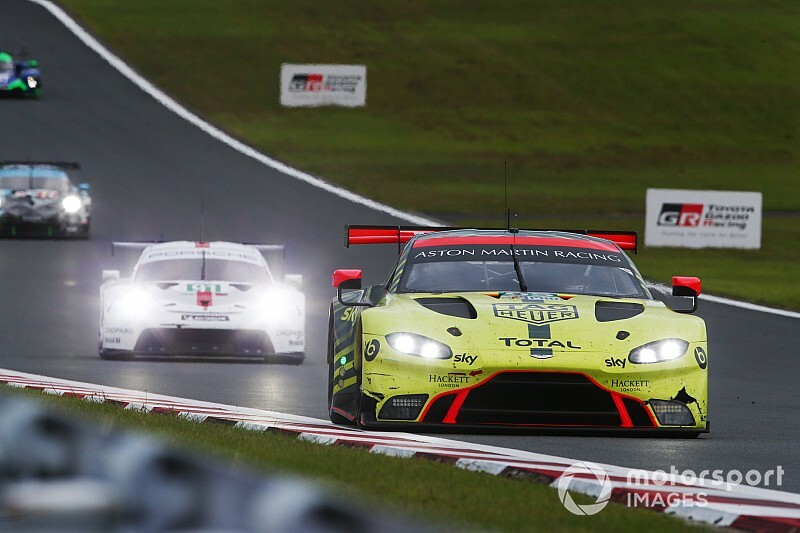 The newly-introduced Vantage GTE scored two wins in the 2018/19 superseason at Shanghai and Spa, both both of these were in wet conditions - as the car tended to struggle to look after its tyres over a stint in the dry.

Thiim and Sorensen's triumph in the #95 entry at Fuji last weekend therefore mark's the car's first GTE Pro class win without the help of bad weather.

Aston technical director Dan Sayers told Motorsport.com: "We've demonstrated the step we've made since last year - we had good one-lap pace last year, but now we have the consistency on the tyres over a stint."

Both Astons had been running together at the front of the field on off-set strategies, but Alex Lynn and Maxime Martin's chances had already been diminished by Martin running off-track at Turn 1 before a poorly-timed full-course yellow dropped the pair to third.

Thiim remarked: "We split the strategies to cover each other off because it was so close, and it fell the 95’s way, not the 97’s.

"Great pleasure to be here, [the win is] well-needed, especially the dry has been our struggle for the last year or so. It’s great to see the boys kept the mentality high."

Sorensen added: "Definitely the first hour was intense, a lot of good fights, both behind and in front. Some good overtaking, I really enjoyed it. Then we came in, changed to Nicki, he did a great stint, a very long stint, which went alright.

"We stayed out so we kept on slicks even though it was a bit tricky at times. Even when the times dropped the most we were still able to manage it. And then Nicki finished it off.

"So it’s a good day, delighted for the team. We all needed this win."

Aston Martin took double GTE honours in Fuji thanks in the park to the efforts of customer squad TF Sport, which took its first Am class win.

Salih Yoluc, Charlie Eastwood and on-loan Aston factory driver Jonathan Adam were unstoppable throughout the race, Yoluc building a large gap over the opposition in the opening exchanges to set up victory - which followed four second places for TF last season.

"It’s crazy, you wait so long for the first win, and when it comes it’s the most simple things you could think of," Eastwood told Motorsport.com. "Then you wonder in all the other races how it could have been so hard.

"The car was perfect, and I think that’s what made the difference. I think it was the most balanced car I’d ever had for a two-hour stint and that just makes everyone’s life better.

"It’s a great result for the team – we had four second places last year and I started getting called the bridesmaid by everyone, which I don’t want to be!"

On teammate Yoluc's performance, Eastwood added: "Absolutely unbelievable, he just chipped away at the lead every single lap and that’s what set us up. Once you have that margin you can just work with it. Literally a perfect race from start to finish." 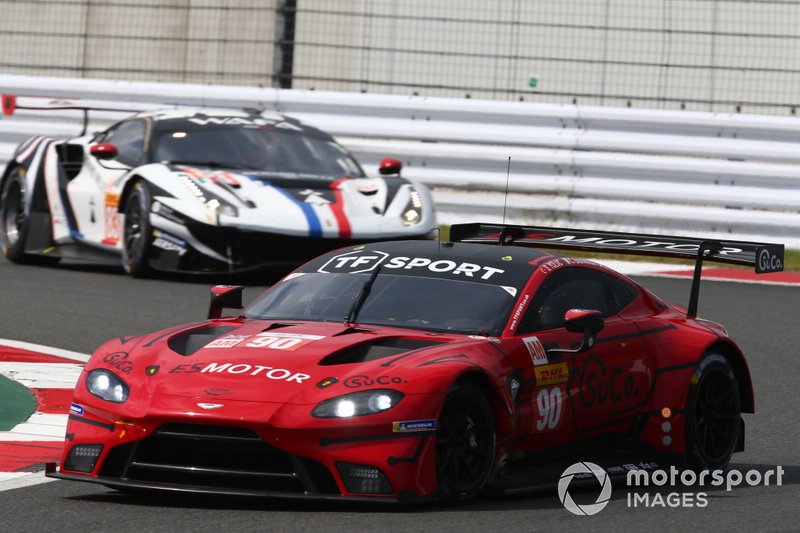 Van Eerd to race in Shanghai after Fuji win