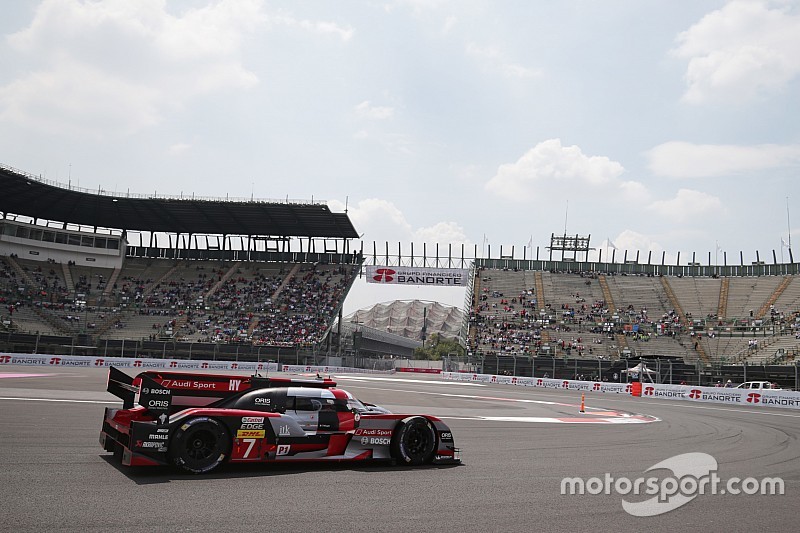 Audi’s Andre Lotterer says he was “looking really good” for victory in the WEC 6 Hours of Mexico, until a brake problem caused him to crash and hand the race to rivals Porsche.

A tyre-related issue in the German's first stint, when his soft Michelin tyres dropped out of their operating window, dropped him from the early lead to the bottom of the top five positions. But Lotterer’s #7 Audi came alive in the mid-race wet conditions.

He used intermediate tyres and then slicks to carve his way through the field – at times up to five seconds per lap faster than the leading Porsche – before he suddenly locked up both front wheels and hit the wall in the Baseball Stadium section.

He rejoined to finish a chastened second, along with teammate Marcel Fassler, but rued what might have been.

“It is a shame, I think at one stage I was looking really good,” said Lotterer. “We also had a good chance with the other car [the #8 which crashed out with a wheel bearing failure].

“Then we had this little issue with the brakes, but still it was not bad to finish second with the problem we had.

“I don’t know whether it was the same thing that happened to the #8 car. These cars are very complex and we have an electronic braking system that helps us to manage our retardation and suddenly my wheels locked.

“Afterwards it wasn’t functioning properly. It rarely happens but sometimes it does.”