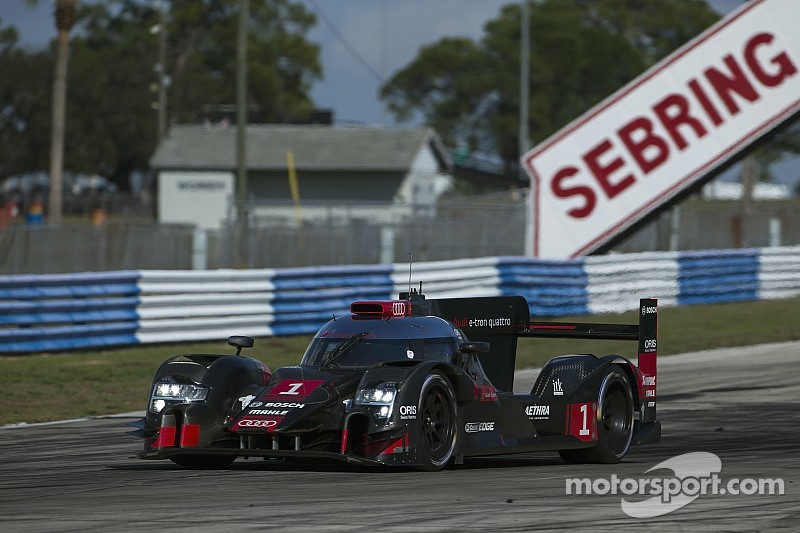 The entire driving squad of Marcel Fassler, Andre Lotterer, Benoit Treluyer, Lucas Di Grassi, Loic Duval, Oliver Jarvis, Marco Bonanomi, Rene Rast and Filip Albuquerque got seat time at the Florida venue during the test, in which the team racked up over 3,700 miles.

The test focused on durability of new mechanical components on the car, which is expected to be again further revised for the official FIA WEC 'Prologue' test days Paul Ricard in just over two weeks' time.

"All the drivers were enthusiastic about the car," said Chris Reinke, Head of LMP for Audi Sport. "Our Le Mans prototype for this year is an evolution.

"In spite of this, the drivers agreed that they felt improvements in so many areas that you could almost call this a new car.

"The new aerodynamics, for example, in combination with the excellent work of our tire partner Michelin, makes enhanced performance possible."

Audi face a tough test in defending its Le Mans crown this year with enhanced LMP1 designs from Porsche and Toyota.

News is expected this month about the energy retrieval 'MJ classes' that the major manufacturers will compete under this year.

Season preparations with new aero package for the Porsche 919 Hybrid