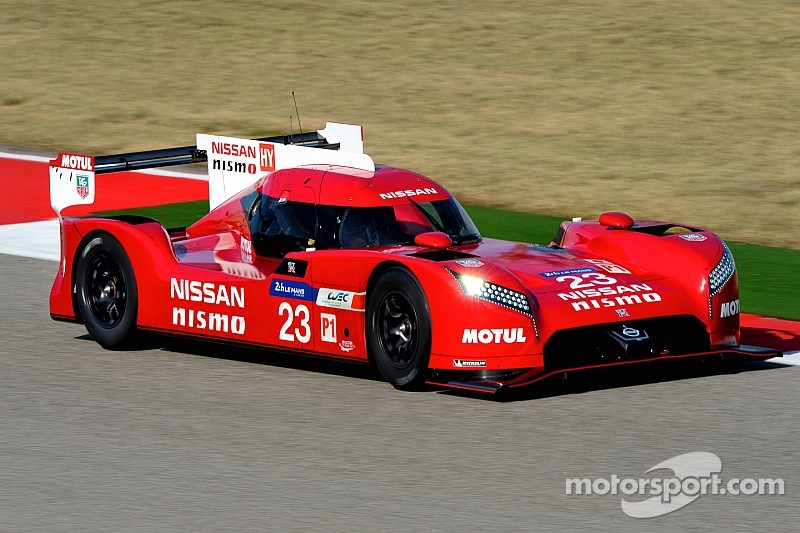 Audi and Nissan are in action at Sebring this week as they continue to prepare for the coming FIA World Endurance Championship season.

Nissan is planning to run all week as it endeavours to further discover the complex GT-R LM NISMO.

Olivier Pla and Marc Gene completed the running on Monday while Jann Mardenborough is slotted to also drive later today.

One of the Ben Bowlby-designed cars has been confirmed to be entered at the official 'Prologue' test later this month, with Pla and Gene being joined by Harry Tincknell and Michael Krumm.

Audi Sport Team Joest was also at the test with one of its R18 e-tron quattros, which is significantly revised from the 2014 spec car.

Audi's new LMP driver - Rene Rast is in Florida this week as he aims to get acquainted with his new mount, which he will share with Filip Albuquerque and Marco Bonanomi at the Spa 6 Hours and at Le Mans.

Motorsport.com sources suggested that the revised Audi was lapping for much of the day in the mid 1m45s bracket as it evaluated its new aero and mechanical updates.

Testing continued into the darkness at the Florida venue, which will host the 63rd Sebring 12 Hours in just over two weeks' time.

Extreme Speed Motorsports will join Audi and Nissan at the track today and Wednesday as they continue the development of their brace of new HPD ARX 04B-Honda LMP2 car, which they will campaign in the full FIA WEC.

One of the new designs will also race at Sebring later this month. Ed Brown, Ryan Dalziel, Johannes Van Overbeek and Scott Sharp are slated to drive.

The FIA WEC meanwhile has confirmed that there will be 29 cars at the Paul Ricard Prologue test on 27/28 March.

Porsche racks up the miles at Aragon