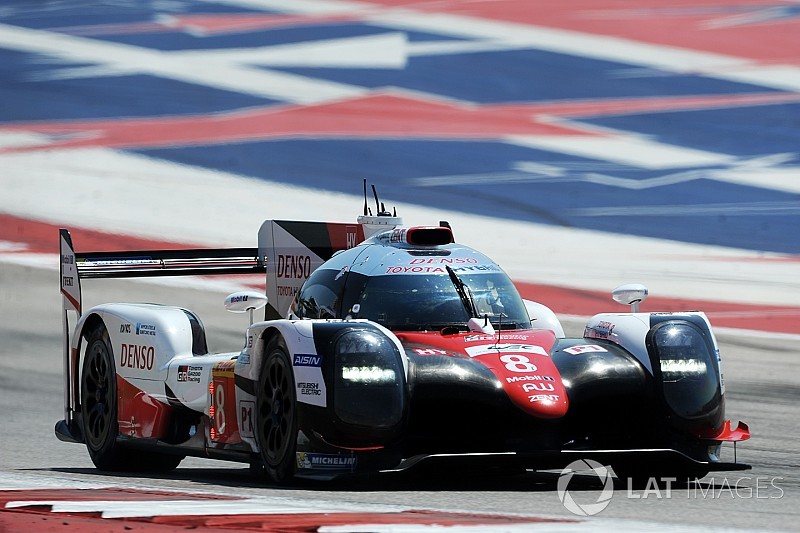 Toyota set the pace in final free practice for this weekend's Austin round of the FIA World Endurance Championship.

Sebastien Buemi went fastest in the #8 Toyota TS050 Hybrid during the one-hour Friday practice period with a 1m45.712s set during a qualification simulation.

That put Toyota a tenth up on the best Porsche time of the weekend so far posted by Neel Jani when the German manufacturer undertook its practice qualifying runs during FP2 on Thursday.

Porsche took second and third positions in the times during final practice.

Kamui Kobayashi was a further tenth back in the #7 Toyota.

Matthieu Vaxiviere went fastest in LMP2 aboard the TDS Racing Oreca 07 with a 1m53.541s.

That put him just four hundredths of a second up Alex Brundle on in the best of the Jackie Chan DC Racing Orecas.

Ford returned to the top of the timesheets in GTE Pro.

Pedro Lamy again led the way in GTE Am for Aston Martin.