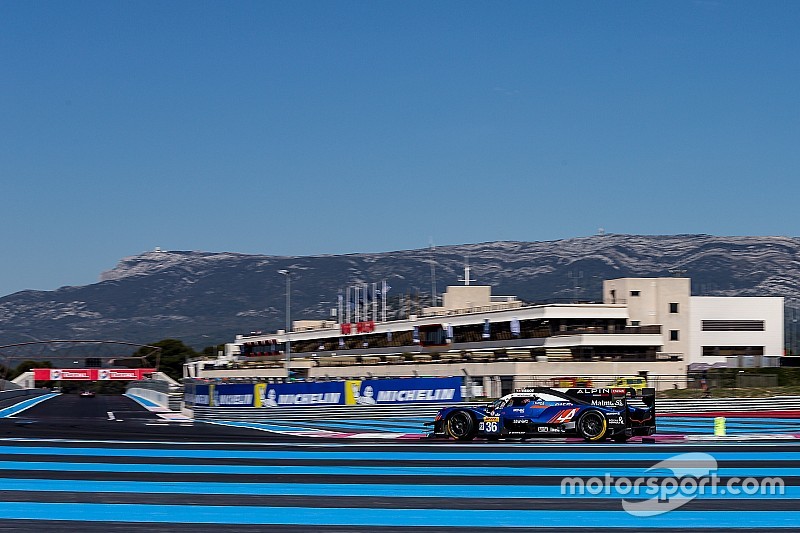 FIA World Endurance Championship boss Gerard Neveu has described next year's Prologue test as "absolutely necessary" after its addition to the 2019 schedule drew criticism from teams.

It was announced ahead of last weekend's Shanghai round that the 2019 Prologue will take place in Barcelona on July 24/25, following on from the previous weekend's round of the European Le Mans Series.

Neveu said the test, which will take place just five weeks after the 2018/19 WEC season finale, is important to allow the FIA and series promoter the Automobile Club de l'Ouest to check the cars, particularly those of new entrants.

He argued that holding the test closer to the 2019/20 WEC opener at Silverstone on September 1 wouldn't make sense.

"We need to do it because there are many things we need to check, like the marshalling and safety systems, and there is also a strong marketing need," Neveu told Motorsport.com.

"If we have the test three weeks before the first race then there is no time to react and we would also get complaints that we have scheduled a test in the August holiday period."

But multiple teams argued that a mandatory test so soon after the Le Mans 24 Hours will create unnecessary pressures.

TDS Racing technical director Jacques Morello said: "We think that the schedule is now becoming impossible — it will be really hard for the team and the mechanics."

Rebellion Racing team principal Bart Hayden said that having the prologue in the middle of the 10-week gap between seasons would "make like difficult for everybody".

Hayden was among those to express surprise at the announcement of the prologue late last week, claiming teams had been told that there would not be a Prologue test ahead of the first WEC season run to a winter calendar.

This was in line with more public statements from the WEC suggesting that there could be a kind of mini-prologue in the week before Silverstone, but Neveu denied this.

"We never said that there was not going to be one, only that there would not be a test next April [in the middle of the 2018/19 superseason] when the Prologue normally takes place," he said.

"The teams told us they wanted a test between the end of the old and the start of the new seasons — that was a strong request."

The dates of the Prologue in the week of the Spa 24 Hours have also been criticised by those teams with an involvement in the Blancpain GT Series or drivers competing in it.

But Neveu insisted that it didn't represent a clash, even though free practice for Spa starts on the Thursday, the second day of the Prologue.

"A test on Wednesday and Thursday is not a clash with a race the following weekend — the Spa 24 Hours begins on Saturday," he said.

He conceded, however, that he is willing to try to bring the Prologue forward by one day so that it finishes on the Wednesday.