Bernhard column: Another win thanks to Porsche teamwork 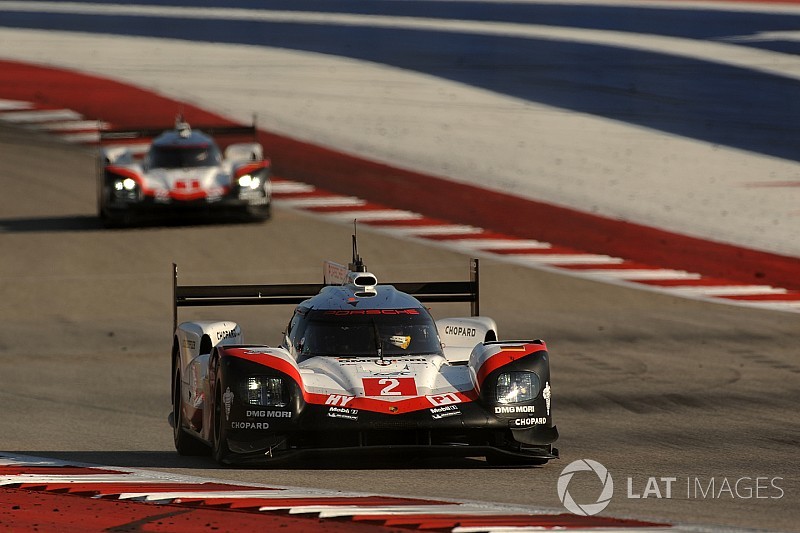 In his latest Motorsport.com column, Porsche LMP1 star Timo Bernhard reflects on another successful outing at Austin, albeit one where the sister car played no small part in helping secure the win.

The heat was well and truly on in Austin on the weekend - not only because of the scorching temperatures, but also the tight race on track.

It was a very close battle with Toyota but thanks to a faultless performance of our cars and great teamwork we had the upper hand in the heat.

For the first time this year, we no longer raced into the night at the Circuit of the Americas, which was a real shame because racing in the dark is always such a special atmosphere.

A race start at noon also meant that we had to account for hotter temperatures, which would significantly impact tyre choice and set-up.

To prepare ourselves as well as possible we had done some intensive preparation work for these conditions at a test in Barcelona with our tyre partner Michelin.

COTA is a great and challenging circuit. Even though it is one of the latest modern Formula 1 tracks, it isn’t boring; the variety of all elements requires very different speeds, and especially the first sector with the Esses is very interesting.

The team had prepared both our cars very well for the heat. The prepared cooling configurations worked perfectly from the start, our car ran trouble-free, we had a great pace and were able to complete our job list in the practice sessions.

On my qualifying simulation on Thursday afternoon I had some difficulties to get a clear lap, but the more important aspect was to feel the car’s balance, which wasn’t bad at all.

Qualifying on Friday was extremely exciting. It was a tight shootout between us and our sister car and in the end they had the upper hand and qualified on pole. We were close behind in second.

Due to the excessive heat, the maximum consecutive time for us drivers at the wheel was limited to 80 minutes by the regulations - preventing us from being able to do double-stints. The 919 Hybrid could do 30 laps with one fuel fill, which was a little less than an hour.

I started the race behind Neel from second place and wasn’t happy at all with my opening stint. The car behaved differently than I’d expected, causing me to lose two positions to the Toyotas on the first lap.

At the first stop after 29 laps Brendon took over on a new set of tyres. Because Toyota didn’t change tyres we dropped to fourth, before overtaking the #7 Toyota for third and handing over to Earl. I took over from him before the halfway point. It wasn’t easy with lots of difficult situations in traffic when lapping other cars.

During a safety car period the field moved closer together and closed the gap to the #7 Toyota and was able to overtake to regain third. Earl was in the car for the final stint, and Nick in our sister car let him past and Earl took the chequered flag.

We’re really happy to have scored the maximum points for the drivers’ championship, but Neel, Nick and Andre would definitely have deserved the race win as well. It’s all about the team and to score the best possible result for Porsche.

Our target is clear: after winning Le Mans for the third time in a row, Porsche also wants the hat-trick with both championships.

It was an incredibly close race and Toyota was very strong in Austin. No doubt they will be even stronger in Fuji, especially on the long straights, and we will have to thoroughly prepare ourselves for this challenge.