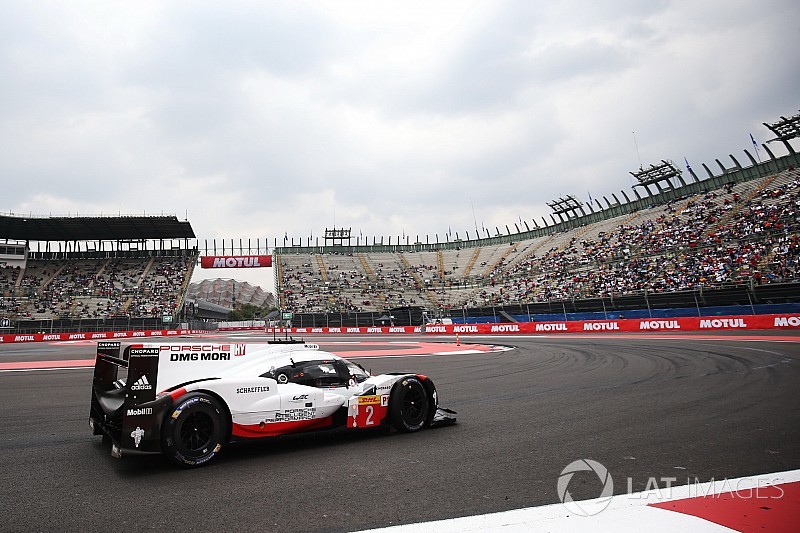 In his latest column for Motorsport.com, Porsche LMP1 ace reflects on another successful weekend in the FIA World Endurance Championship's visit to Mexico City.

Our Porsche LMP1 team showed a very strong performance during the WEC race weekend in Mexico, taking another one-two finish. We didn’t expect to be that dominant compared to Toyota.

The development guys in Weissach have done an amazing job preparing our 919 Hybrid the way the did after it was announced that the team will leave the LMP1 category at the end of the season.

We were ahead in all sessions and were able to repeat our last year’s victory and further extend our championship lead in front of brilliant audience of 45,000 fans.

With its high altitude of 2,250 metres above sea level, the Autodromo Hermanos Rodriguez track throws up some specific requirements. Thin air with less oxygen makes appropriate cooling of the powertrain and brakes difficult and also has a huge influence on aerodynamics.

However, our #2 Porsche 919 Hybrid was in great shape from the first practice session and we only had to fine-tune a few things.

Mexico is not an easy track, with some elements of a permanent circuit combined with some of a street circuit. In some parts of the track you get very close to the walls, and the traffic in the last sector is a challenge too.

After heavy rain over the last couple of days, we had a wet and then drying track for the first practice session early Friday evening. The conditions were tricky but with the changing circumstances we were able to drive all tyre specifications from rain tyres to intermediates to slicks.

In each case we changed early to find the right point when we needed to swap for tyres for dryer conditions.

Contrary to all predictions, the track stayed dry in qualifying right up until the end. We had done some set-up changes in FP3 and they appeared to work well. Brendon set a very good lap time in qualifying, and therefore I was under pressure to deliver. But my lap was almost completely clean.

Of course we were very happy with pole for Porsche and it was also the first time since last year's Le Mans 24 Hours that both 919s lined up on the front row for the race.

Brendon started the race and took a solid lead from pole position. Earl was second in the car and steadily increased our gap. During one of his pitstops the team had to replace a defective fuel flow meter sensor that controls the petrol consumption. Luckily that didn’t cost us all that much time as we already had quite a comfortable cushion.

Our car had good speed and about halfway through the race Earl lapped the first Toyota and shortly after the second one. We didn’t expect to be so dominant.

I took over the car with a solid lead and drove the last double-stint at the end. The team brought me in for refuelling early twice to take advantage of full course yellow periods. Under normal circumstances I wouldn’t have had enough fuel to finish the race, but we were expecting rain.

However, it remained dry until the end and I had to come in for a quick splash-and-dash two laps before the end. We had a comfortable lead and I was able to manage the gap and bring it home.

It was an all-round perfect weekend for our team. Brendon and myself both now have 11 WEC wins and we want to add to this in the remaining races.

Next week, we’ll already be en route to Austin. The Circuit of The Americas is a great track – very modern with different demands, especially the first sector with its S-curves.

One big change is that we are no longer racing into the night, which is a shame. I’ve always enjoyed racing there at night, it’s such a special atmosphere. The race starts earlier in the day now - an additional challenge with the hot temperatures, which put a big strain on man and machine.

There are still a lot of points to be won and Toyota will fight back. The fight for the title is far from over.

Silverstone could yet feature on 2018/19 WEC calendar

Opinion: Why WEC's 'superseason' only solves half its problem

NASCAR to go back racing May 17 at Darlington