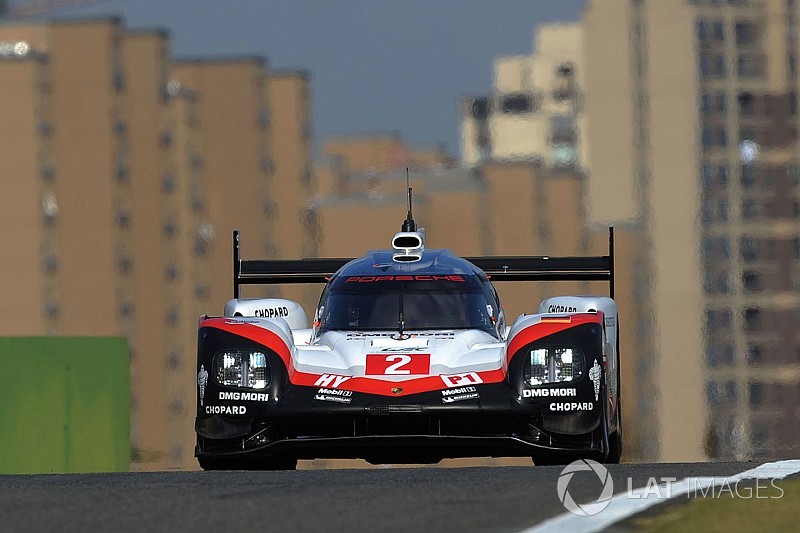 In his latest Motorsport.com column, Porsche LMP1 ace Timo Bernhard reflects on a Shanghai race that saw he and his teammates crowned world champions and the German squad rack up its third title in a row.

To have won both championship titles in Shanghai is incredible. I am extremely proud of the Porsche LMP team and my teammates.

It’s a great honour to have been involved in the Porsche LMP project from the very beginning. I did the roll out in Weissach in 2013 and the first tests - the difficult test and development phase afterwards really brought us all together as a team.

To go on and win Le Mans and both championship titles three times can hardly be put into words. I think this will all only sink in after the last race.

The race in Shanghai last weekend wasn’t easy. After Fuji, Shanghai was the other track where we had a hard time. Toyota was really strong and they deserved to win, congratulations to them.

I’ve got the utmost respect for our team which despite the tricky situation and the high pressure in the title fight kept their head down and focussed on their job. Endurance racing is teamwork – all for one and one for all.

That’s why it was especially great that we won both titles at the same time as everyone had reason to party!

I came to Shanghai feeling very positive. I’ve always enjoyed the Shanghai circuit because of its various elements; for instance the long back straight and the middle sector with its high demands on driving technique.

In 2015 and 2016 we won there and took the title for Porsche, so I assumed the track in China would suit our 919 Hybrid better than Fuji.

We could see already on Friday that it would be a very tight fight. Due to a radio communication problem between race control and the marshals and medical staff around the track, the first practice session on Friday started with a 90-minute delay.

But then we were able to completed our programme without any problems and tested different car set-ups and tyre compounds and did a qualifying simulation.

Saturday was a rather quiet day for me as I wasn’t in the car at all. Earl and Brendon were on duty for qualifying and therefore used free practice three as preparation. Brendon had a very good second lap, but Earl didn’t have the best run in qualifying.

He spun the car on the out lap which damaged the tyre set and resulted in a puncture, and he wasn’t able to complete a good lap. These things happen and overall our error ratio is very low. In the end we qualified in fourth on the second row.

Earl started the race on Sunday and drove the first double stint. For a short time after the start he managed to improve to third but then had to let the faster #8 Toyota go.

When our sister car had some technical issue, Earl moved up into third again before handing over the car to Brendon.

Shortly after a Full Course Yellow, Brendon had quite a tricky situation when he was almost forced off track by a LMP2 car. They made contact, but luckily there was no major damage.

The abrasive tarmac of the Shanghai track was also a decisive factor during the race; we even had to change the front hood as we had so much pick-up in there that it affected the car balance.

Just before Brendon handed over to me he was lapped by the leading #8 Toyota. My stint was good but of course we knew a third place finish would be enough to seal the drivers' title.

I could have pushed harder but it just wasn’t necessary and I didn’t want to risk anything. Instead we slowed the car down a bit for safety.

Toyota was not really within reach, however our car was reliable and the crew did another sensational job!

Now we’re off to Bahrain for the season finale with mixed feelings because it will be the last race with our 919 Hybrid. We want to give it our all and bow out of an outstanding era in style.