Can BMW and Ford have a privateer future in WEC?

In quick succession, Ford and BMW both confirmed they are quitting the GTE Pro class of the FIA World Endurance Championship for 2019/20. But could their cars have a second lease of life in private hands?

While Ford came to the end of a planned four-year cycle with its low-slung Ford GT, BMW’s M8 GTE challenger has only competed in one full WEC season.

That leaves the prospect of just six cars from Porsche, Ferrari and Aston Martin in WEC’s GTE Pro class in 2019/20, with Corvette returning for the Le Mans 24 Hours.

BMW’s abrupt withdrawal in particular has raised eyebrows in the WEC paddock.

"BMW were not in the paddock a long time, so it was a bit of a surprise," Porsche GT director Pascal Zurlinden told Motorsport.com. “Developing a car for just one season... you can discuss if it’s right or wrong.

"Ford was a great competitor. I think it was always transparent that they were leaving at the end of this year, so it’s not a surprise.”

Ernest Knoors, boss of the MTEK squad that runs the M8 GTE, admitted the decision to call time on the programme so early did not come as a big shock.

"We knew things were under review," he told Motorsport.com. "It wasn’t completely unexpected but it’s only definitive when the decision has been made. We have to accept it and move on.

"It’s a shame we can’t continue to realise the potential of the car. Not just for us, but also for BMW. They’ve taken away an opportunity to deliver results. It’s a missed opportunity.”

Knoors thinks it’s “unlikely” we will continue to see the BMW M8 in the GTE Am class because of its higher running costs and complexity compared to popular customer platforms like the Porsche 911 RSR and Ferrari 488 GTE.

"It’s very unlikely [to run a private BMW]," he admitted. "We could do it because of our experience, but it’s quite a complex car. It’s not a car someone would go buy and race.” 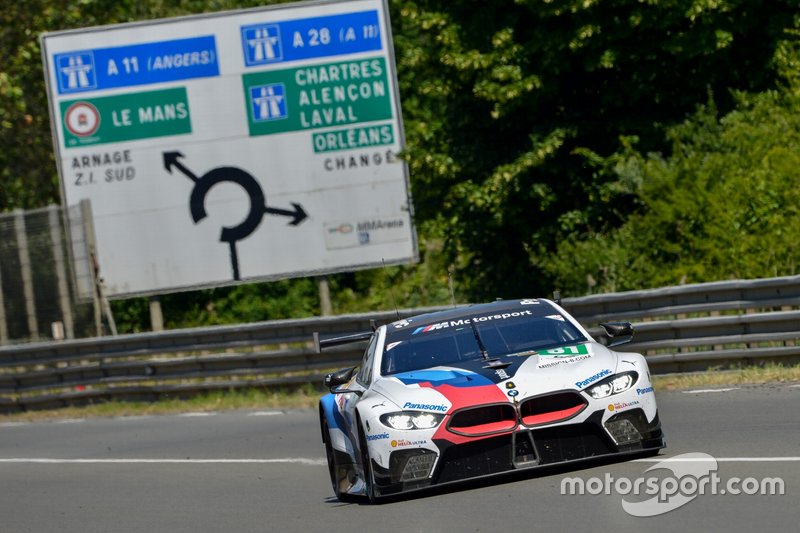 Ford is in a similar boat with its limited-production GT. The lack of available chassis and spare parts drives up the cost, while the car is more difficult to operate.

American Ford dealer Ben Keating is the first to get his hands on a private GT for the Le Mans 24 Hours, which is run with support from its factory outfit next door.

"I’ve got three Ford dealerships, no Porsche and no Ferrari, so my heart is with the Ford," said Keating, who is sharing driving duties with his regular IMSA WeatherTech SportsCar Championship co-pilots, Jeroen Bleekemolen and Felipe Fraga.

"It’s definitely more difficult to run a Ford than the others, but it’s been really good so far. We are all working very well together and that doesn’t always happen.

"Last year I was in the Ferrari [run jointly by Keating and Risi Competizione] and when you get enough Ferrari teams, they don’t always work together very well."

Keating, whose family has a deep-rooted Ford connection, admits running the GT instead of a cheaper Porsche or a Ferrari is a passion project rather than a rational business decision.

"We’re in uncharted territory. It’s a proper highly developed race car, which just means it is complicated. Because it is so low-production, all the parts are expensive and because it’s so well developed you’ve got to have the experts here to help make sure everything is running right.

"It’s mostly been us asking them questions and them being willing to answer them." 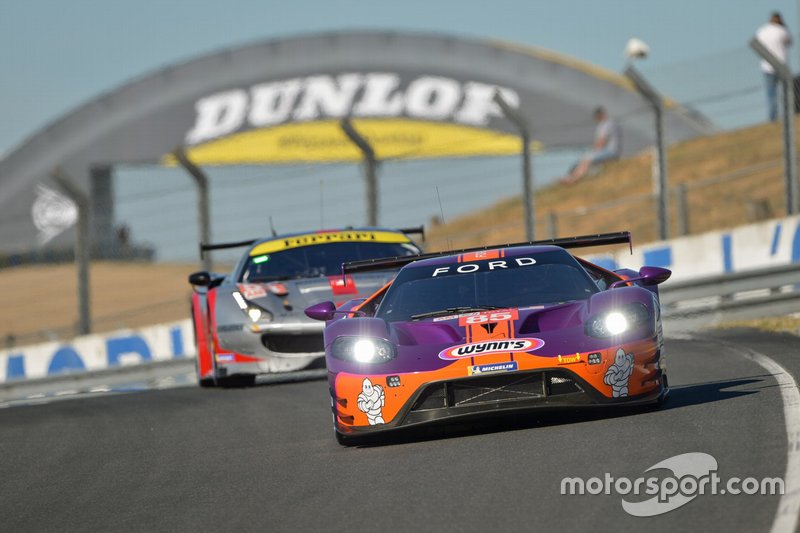 Keating is hoping his privateer effort will open the door for more private entrants to choose the Ford GT. but is waiting for the Blue Oval to define how much support it could give customers without being on site with its own factory team.

"It’s a sexy car, it’s a great car, but it is expensive to run," he said. "I believe it would take quite a bit of support from Ford and if they’re not going to be out here running their Pro cars, I really don’t know what the running costs would be without [Ford being here].

"I assume we would probably need an engine support guy for example. I don’t know if that’s something I have to pay for or they would pay for it.

"I know they want to see customer cars out here, but if someone like me is crazy enough to do it, I think it will be even more difficult if they’re not here.

"Whether it is real or just perceived, doesn’t matter. The fact is that I have real concerns about Balance of Performance if the manufacturer doesn’t have the Pro cars here. I can’t justify spending the money to run here if I’m not going to be treated fairly on BoP.

"I’m not saying that’s the case, but it’s in the back of my head enough that it still gives me pause." 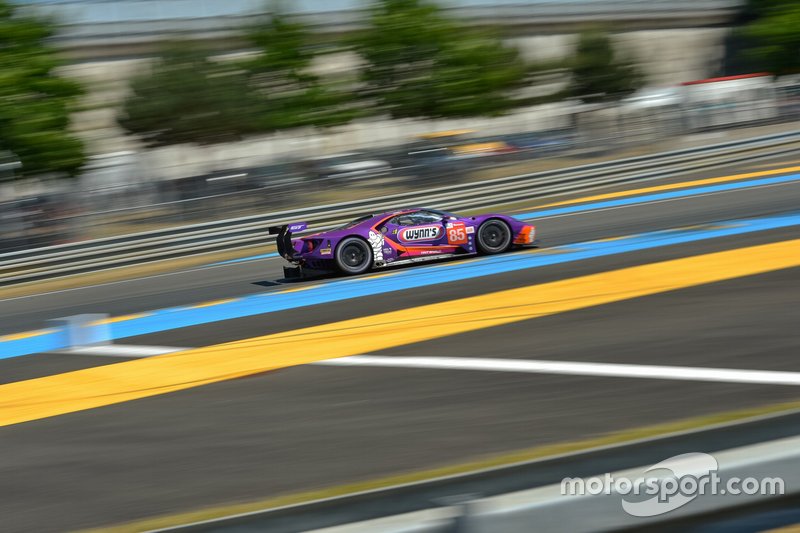 Ford Performance Motorsports director Mark Rushbrook has revealed there is plenty of interest from potential customers to one of its Ford GTs and expects to make a decision "within the next two months” on the car’s private future.

"We continue to look at the best options whether it be in IMSA or WEC, with the right team," said Rushbrook. "I like what Ben Keating is doing.

"We’re comfortable enough with those guys that we know or expect that this is going to work well. We’re looking to establish similar relationships in the future.”

Rushbrook confirmed Ford is prepared to support multiple customers and has downplayed fears that the economics at play will drive private entrants towards Porsche or Ferrari.

“I think the car sells itself because it is so unique," he said. "We’ve had no lack of interest in the car. There are so many people that want to race it.

"We just want to make sure the team and the car are successful. The technical support is very similar [to Keating at Le Mans]. It’s an open book sharing of the setup of the car, the chassis and the aero map. Everything that’s required to go around the track fast."

Ford works driver Andy Priaulx also says he hopes that privateers can carry the torch of the Multimatic and Ganassi-run works teams.

"It would be lovely to see that car out there, because it’s such a beautiful car," said the three-time WTCC champion. "Even in the Pro class it still has possibilities the next one or two seasons to win.

"Multimatic and all the engineers there are absolute world-class; there’s so much potential." 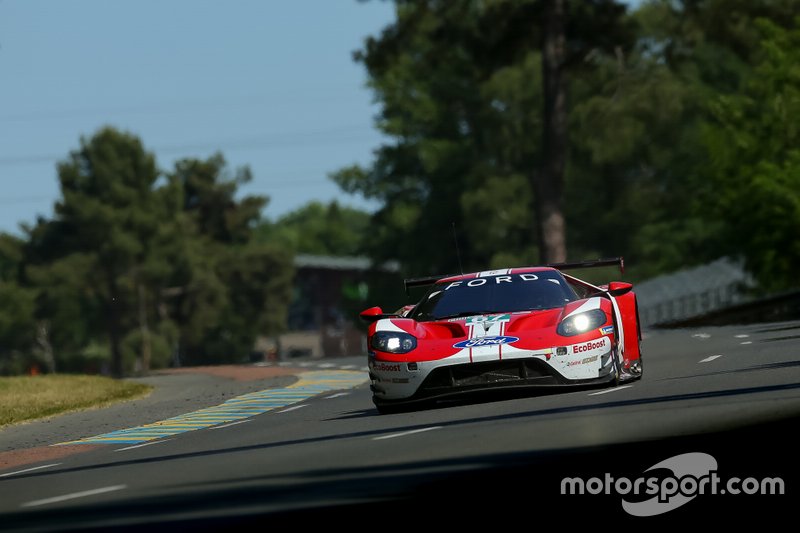