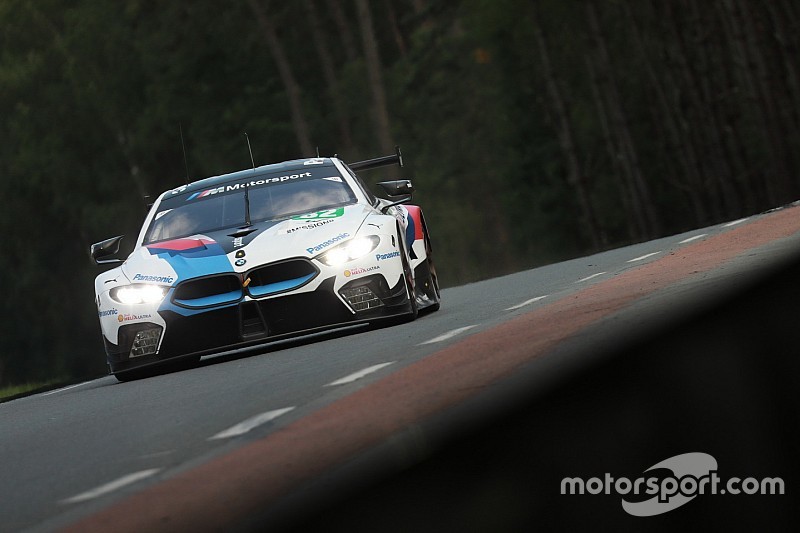 BMW's M8 GTE has a "winning DNA" and it's only a "matter of time" before its first FIA World Endurance Championship victory, believes Augusto Farfus.

The Bavarian marque’s new GTE Pro challenger has endured a tough baptism of fire this year, with both MTEK-run M8s proving off the pace in the WEC season opener at Spa and then suffering damper troubles in the Le Mans 24 Hours.

It has enjoyed slightly better fortune in the IMSA WeatherTech SportsCar Championship, with second-place finishes at Sebring and Mid-Ohio, but BMW still trails its GT Le Mans class rivals in the points.

Heading into this weekend’s Silverstone WEC round, the M8 GTE’s Balance of Performance (BoP) has not been changed, but there have been performance breaks for class rivals Aston Martin and Ferrari.

Nonetheless, Farfus – who will undertake his first six-hour WEC race after missing the Spa opener to race in the DTM at Hockenheim – is confident of a more competitive showing in the UK.

“The M8, I have to say, is a very good GT car,” Farfus, who will share the #82 M8 GTE with Antonio Felix da Costa at Silverstone, told Motorsport.com.

“We’re still improving, we’re still finding a way to get the car to where we want, but the car has a winning DNA.

“It’s just a matter of time to get the BoP to come towards us, and for us to improve the whole package, the set-up, the understanding.

“It’s the first time MTEK has done the WEC, their first 24-hour race was Le Mans. So to take a rookie team, and send them for their first experience at Le Mans, it’s not easy.

“So I’m very pleased, I think we are growing up together. I think we can be a lot better [at Silverstone] than we were at Spa.

“The other teams have been to Silverstone to test after Le Mans, and we haven’t, so this won’t help us. But there is a lot of practice before the race and I think we can aim for a high result.”

Farfus faces another clash on his 2018 schedule, with the Fuji WEC round falling on the same weekend as the Hockenheim DTM finale in October.

The Brazilian said a decision has still yet to be made over which of the two events he will miss.