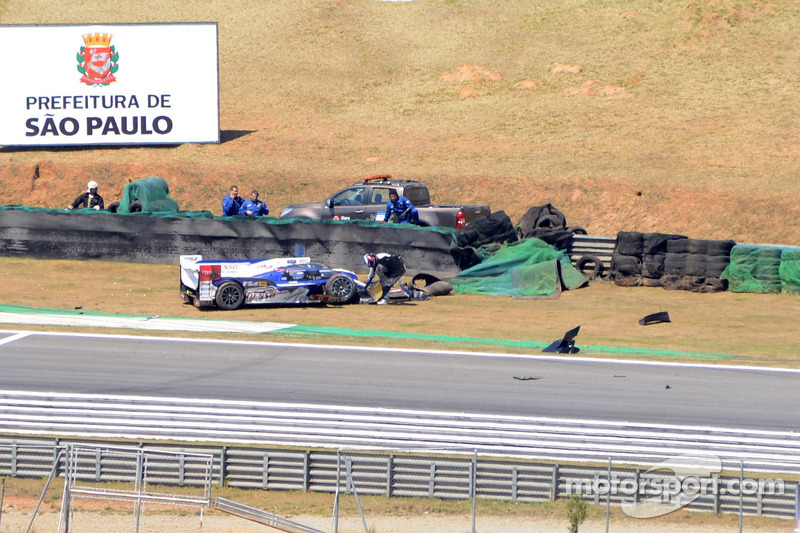 The #8 TS030 HYBRID was lapping the #32 car, which lost control in turn three and collected Stéphane Sarrazin.

TOYOTA Racing’s Six Hours of São Paulo ended in disappointment when the team was forced to retire from the fourth round of the FIA World Endurance Championship inside the opening hour.

Stéphane Sarrazin took the rolling start of the race from third on the grid and he held position with an interesting race in prospect until he was involved in an accident through no fault of his own. 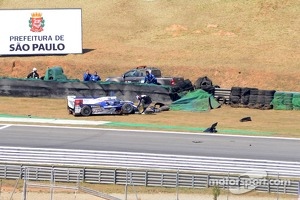 The #8 TS030 HYBRID was lapping the #32 car, which lost control in turn three and collected Stéphane, pushing him into the barrier and causing heavy damage to the front and right of the car.

Stéphane tried bravely to return to the pits, even getting out of his car to remove pieces of bodywork, but the damage was too severe and he was forced to retire.

That meant his team-mates Anthony Davidson and Sébastien Buemi did not take part in the race.

The next round of the FIA World Endurance Championship takes place at the Circuit of the Americas in Austin, Texas on 22 September.

Stéphane Sarrazin: “I am very disappointed for the team; I am very sorry. I was doing my race and I was lapping the LMP2 car in a normal place. He lost control of his car and crashed into me. What can I do? I did my very best to get the car back to the box but it was impossible. It’s a very bad day for us. I am so disappointed because we thought we would be part of a great fight today.”

Yoshiaki Kinoshita, Team President: “Racing is tough sometimes and today has been very disappointing. The team did a good job all weekend and we were expecting an exciting race with Audi, but it wasn’t to be. It’s a pity for the fans because there was a big, enthusiastic crowd and unfortunately the contest between TOYOTA and Audi only lasted 35 minutes. It was a racing accident and there was nothing Stéphane could do to avoid it. That’s motorsport and we can only look to the future now.”

Audi one-two victory at WEC round in Brazil