Sebastien Buemi believes that Toyota has no chance of winning this weekend's Shanghai round of the FIA World Endurance Championship unless the LMP1 privateers slip up. 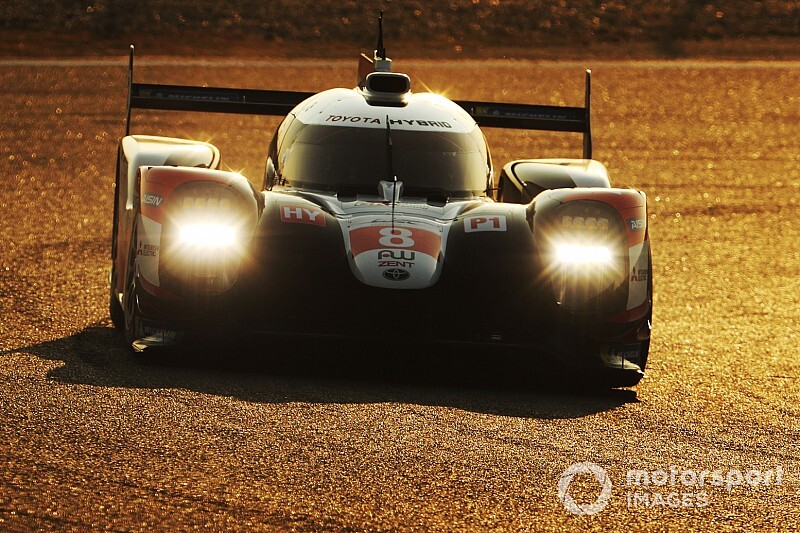 The reigning WEC champion is adamant that the success penalties carried by the two Toyota TS050 Hybrids in China mean that they will not be able to race with the Rebellion-Gibson R-13 and the two Ginetta-AER G60-LT-P1s in the Shanghai 4 Hours on Sunday.

"It is a four-hour race and things can happen, but on pure pace we have no real hope to fight the other guys," said Buemi, who shares the #8 Toyota with Kazuki Nakajima and Brendon Hartley.

"We have got such a big hit from Fuji [the previous round of the championship] that I feel that we don't have any chance.

Buemi's comments were backed up by Toyota's pace in the opening free practice sessions.

The two TS050s ended up at the back of the P1 field in the first of Friday's two 90-minute practice sessions, before they rallied to second and fourth in FP2.

Buemi was only six hundredths behind Charlie Robertson in the #6 Ginetta-AER G60-LT-P1 in the second period, but both Toyotas set their best times of the session during qualifying simulations at the start of the 90 minutes.

The two Toyotas, which are tied head of the WEC LMP1 classification, are more than 40 points ahead of the worst-placed car in class, which means they have the maximum penalty permitted under the new system of success handicaps introduced for this season.

A reduction in the fuel available to the Toyotas and the amount of hybrid energy they can deploy is meant to slow them by 2.74s per lap.

Buemi explained this was making it difficult to pass GTE machinery on the straights.

"It's going to be difficult because they've reduced the power and boost so much that we now even struggle to pass GTs — it's really extreme," he said.

Buemi revealed that Toyota's simulations suggested that the nature of the Shanghai International Circuit with two long straights exacerbated the effect of the handicaps.

"We have made a study that this is the most sensitive track to these penalties," he said. "If we had has these kinds of penalties at Fuji, it would have been less [of a problem]."

The coefficient on which the success handicaps are calculated has been revised upwards for a second time.

It was initially announced at 0.008s per point per kilometer, was increased to 0.012s for Fuji and has now been revised upwards to 0.01255s.

The #6 Ginetta, in which Robertson went quickest in FP2, is unpenalised because as the lowest-scoring P1 entry it is the so-called reference car.