Calado and his driving partner in the #51 Ferrari 488 GTE Evo, Alessandro Pier Guidi, took an ultimately dominant GTE Pro win in a race characterised by severe tyre wear in the hot conditions.

That was despite the #92 Porsche qualifying on pole and leading for the opening hour of the race in the hands of Kevin Estre.

After Estre handed over to Neel Jani, Calado was able to make a pass on the Porsche early in the second hour, building a lead of more than 20 seconds before handing over to Pier Guidi.

That lead was out to almost a minute at the halfway point of the race, and while this was eroded by a safety car period and then a late full course yellow, the #51 car was never seriously threatened.

"It was really tough out there," reflected Calado, who turned 32 on Sunday. "I think all the GTs suffered with blistering with the temperatures; it was unavoidable.

"We tried to cool the tyres down but we couldn’t, so there was a big drop in performance, and a risk of tyre failure so we had to really manage it well.

"The team did a great job with strategy. We weren’t the quickest car on track, the Porsche was still better on pace, but the team made it happen and we got a one-two.

"Quite surprised considering we struggled all weekend to get a good balance with the car, but it’s good to get the win, and obviously on my birthday it’s even better!" 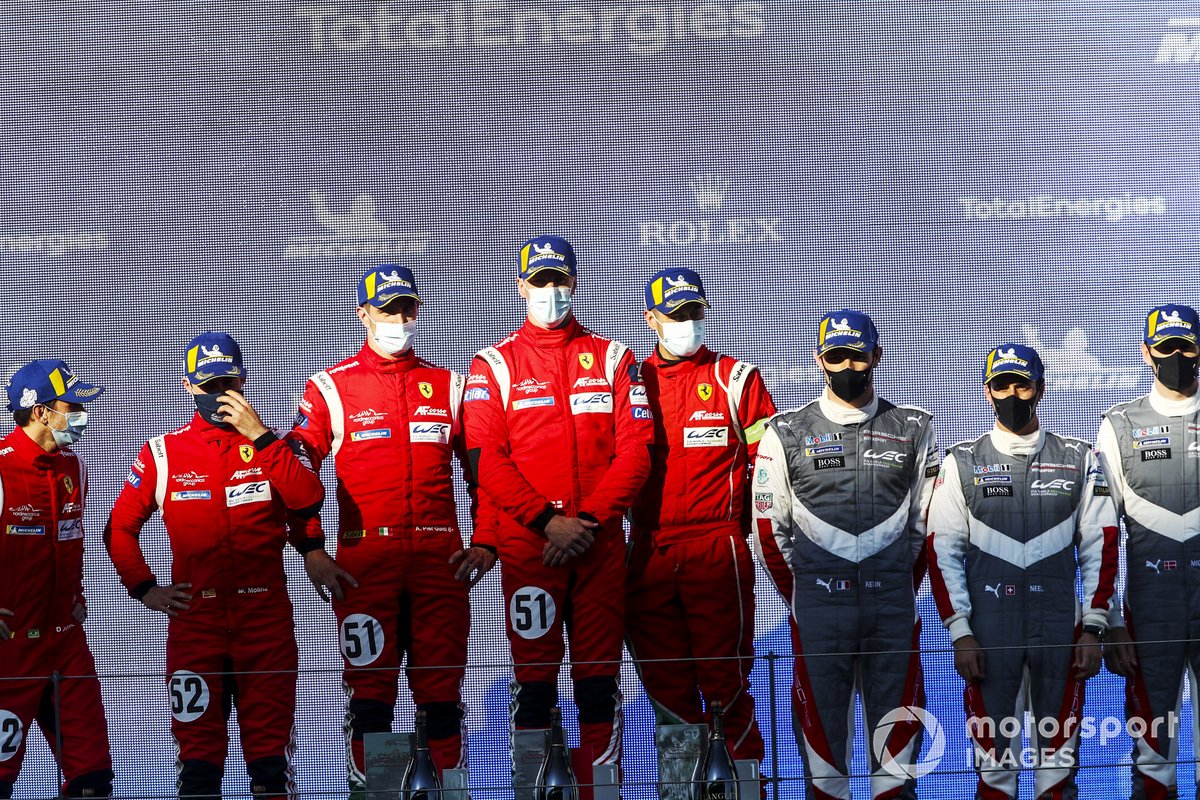 Pier Guidi added: "We had to save fuel and manage the pace, consume as little as I can and drive the car to the end. James did an incredible job.

"It was difficult in terms of fuel until the last FCY, then we were fine. The strategy was the key, AF Corse and Ferrari did a great job to achieve this result."

Ferrari made it a one-two in GTE Pro as the #52 car of Miguel Molina and Daniel Serra beat the #92 Porsche of Estre, Jani and Michael Christensen to second in class.

That followed the #52 Ferrari being able to make its final stop under the FCY.

Porsche's head of WEC operations Alexander Stehlig explained that the squad changed tyre compounds halfway through the race after experiencing worse-than-expected degradation early on, but the change came too late to keep any hopes of victory alive. 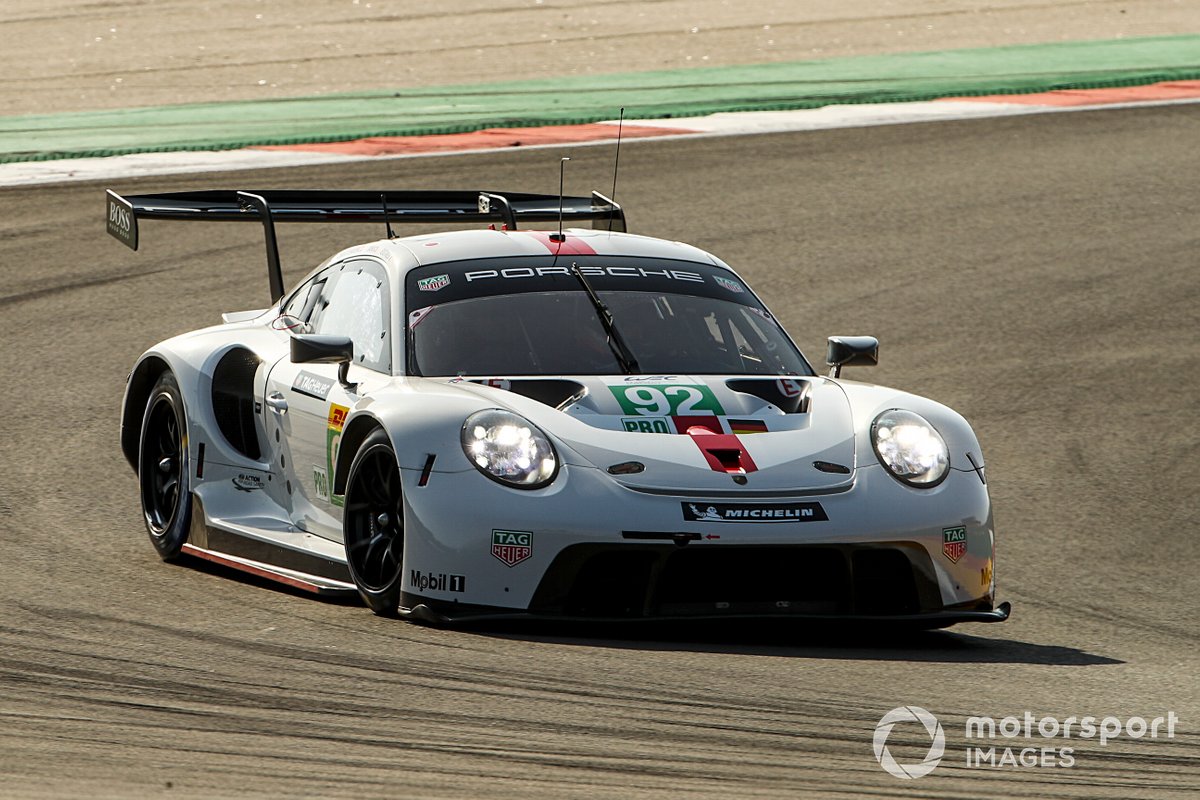 Estre lamented: "Victory would definitely have been possible today but we took a gamble with the tyres. We should’ve changed our strategy earlier but it’s always easier to say that afterwards.

"Second place was definitely within reach. It’s a shame because there were a lot of points up for grabs this weekend. We learned a lot, but now we have to see why our tyre strategy didn’t work out."

Jani added: "We had big problems with the tyres, especially when it got hotter from noon to around three in the afternoon. Ferrari was able to pull away from us during this phase.

"After that, we could forget about a win, but second place was still within reach. Actually, things looked pretty good, but towards the end of the race, the full course yellow threw us back to third as our opponent managed to pit during that time. That put an end to our hopes for second place – what a pity.”