Calado: "Game over" for #51 Ferrari after Bahrain defeat 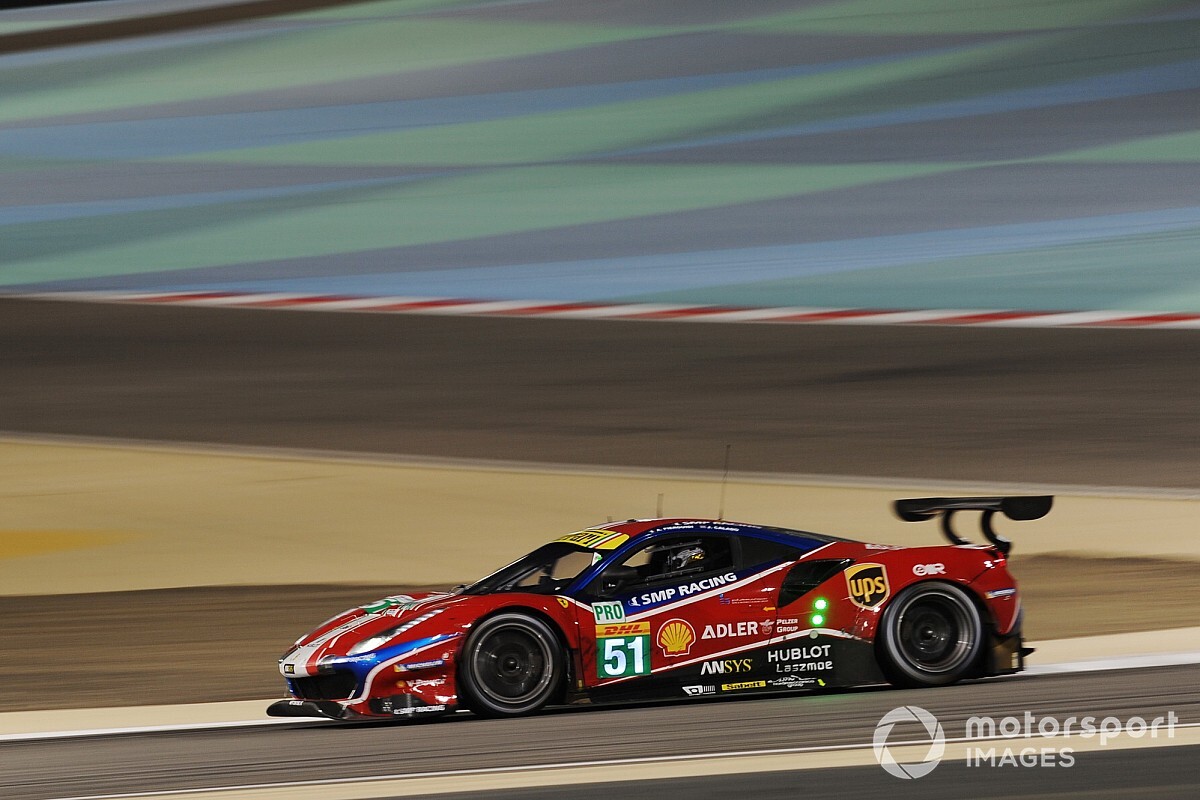 James Calado has conceded that it's "game over" for he and Ferrari teammate Alessandro Pier Guidi in the FIA World Endurance Championship GTE Pro title fight.

Calado and Pier Guidi had propelled the #51 Ferrari 488 GTE to the class lead by the fourth hour of Saturday's eight-hour Bahrain race, but a puncture shortly afterwards dropped the pair out of contention for victory.

They eventually finished fourth in class, 26s down on the #95 Aston Martin Vantage of Nicki Thiim and Marco Sorensen that claimed the win.

Calado and Pier Guidi previously lost a potential victory in Silverstone because of an erroneous penalty, while they were disqualified from first at the previous round in Shanghai.

Asked if the fourth-place finish was made all the more disappointing by their inability to capitalise on a troubled weekend for Porsche, whose cars finished bottom of the class, Calado told Motorsport.com: “Yeah, basically. So game over now.

“In the second half I had a puncture after the full course yellow so we had to do an extra stop, which put us out of strategy and we lost a minute.

“I mean we lost two wins. We lost Shanghai, we lost Silverstone because of a penalty. We lost three, basically we lost three wins.

“We were 25 seconds from the first place [at the finish] and we lost a minute in the pitstop.”

Calado was battling the #97 Aston Martin of Maxime Martin for third in the final hour, the two heading into the turn 10 hairpin side by side as the race went back to green after a full-course yellow.

The Ferrari driver was pushed off track but he stayed on the throttle, using the superior speed advantage to overtake Martin on the following straight.

Calado was later asked to hand back the position back to Martin - something he felt was "not necessary."

“I only had one chance to overtake after FCY,” the Briton said. “Was struggling a lot with the car, we had electronic issues and gearbox issues. So my only chance was to make a surprise which I did.

"We were side by side, he was on the white line, I was here. I had nowhere to go, I couldn’t come back on the track. So yeah, more a racing incident. For me the swap was not necessary.”