Can WEC ever reach F1's level of popularity? 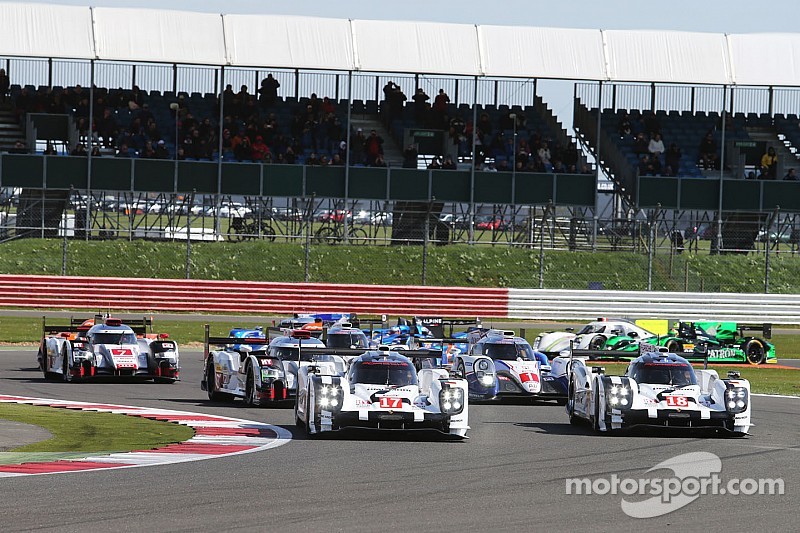 After last weekend’s scintillating WEC opener, comparisons are again being made between the series and F1. Jamie Klein investigates whether endurance racing really can challenge the popularity of the established pinnacle of motorsport.

An unsustainable financial model that threatens to decimate grid numbers, a brazen disregard for tradition and history, declining audiences both on TV and live at circuits and an apparent inability to attract new sponsors mean that these are parlous times for Formula 1.

Indeed, several paddock observers have pointed towards the World Endurance Championship's healthy grids, rising profile and burgeoning manufacturer involvement as evidence that F1 needs to adapt fast, or risk being eclipsed by its more forward-looking rival series in the near future.

However, it is easy to forget that, for all its many problems, F1 continues to enjoy an enormous global profile that the WEC has yet to even approach despite clear gains made in recent years, as the numbers from last weekend's opening round at Silverstone confirm.

A live race day audience for the six-hour event of 45,000 can perhaps be considered a mild disappointment, given that 43,000 turned out the previous year in far less pleasant weather, while Motors TV's live coverage attracted a peak of just 24,000 viewers in the UK.

Of course, Motors TV is very much a niche broadcaster, but therein lies the challenge – convincing the bigger stations to commit to airing six hours of live coverage, or 24 in the case of the jewel in the WEC's crown at Le Mans.

After all, a major presence on free-to-air TV networks was key to F1 being able to establish itself as the sporting behemoth it is today, the more recent trend towards striking deals with pay-TV channels often being blamed for a decline in viewing audiences.

But, even if this considerable obstacle could somehow be overcome, there remains the problem of enticing the general public to tune in for such prolonged periods.

And those that would advocate shorter races to get around this problem would do well to remember what happened when the old World Sportscar Championship slashed race distances in the early 1990s in a bid to make itself more appealing to TV broadcasters.

The TV coverage question is nevertheless only part of a broader problem that the WEC faces in its quest to grow – namely the fact that endurance racing generally tends to be much more nuanced, and thus harder for a casual audience to fully grasp, than a 90-minute F1 sprint.

For example, the very fact that two or three drivers share each car (a necessity in races of such length) is a major sticking point, as it hinders the emergence of star drivers that the uninitiated viewer can readily identify and rally behind, beyond those such as Mark Webber with extensive F1 backgrounds.

As brilliant a driver as he is, it's almost impossible to imagine someone like Andre Lotterer ever becoming a global sporting icon in the mould of Lewis Hamilton or Fernando Alonso, no matter how many times he wins Le Mans, simply because of his reliance on his two teammates in any given race.

Then there's the matter of all the technology – while the notion of a V6 diesel-powered Audi using a flywheel-based hybrid system doing battle with a Porsche equipped with lithium-ion batteries and propelled by a petrol V4 may quicken the pulse of the purist, Joe Public is hardly likely to care.

What does excite the casual viewer is the sort of wheel-to-wheel action seen at Silverstone last weekend, but the subtle ebb-and-flow that is typical of most endurance races simply won't cut it, no matter how innovative and road-relevant modern prototype machinery may be.

No need for change

None of this is to suggest that the WEC needs to change; far from it. The evidence suggests that it has been doing everything right so far, and any attempts to broaden its appeal through gimmickry will no doubt alienate its core fanbase and can lead only to disaster.

The championship ought to stick to the formula that has proven such a hit with the purist, but at the same time recognise that this means it is unlikely to ever scale the same heights of popularity that F1 has managed in an age of ever-diminishing attention spans.

Whether F1 ends up imploding is another matter altogether, and if this happens, WEC – as well as other series such as IndyCar and Formula E – would surely pick up some of the slack, and could easily become the predominant motorsport series globally given its current trajectory.

But, to think that endurance racing could ever rival sports such as football, tennis, golf and athletics worldwide in the way that F1 currently does is to stray into the realm of fantasy.