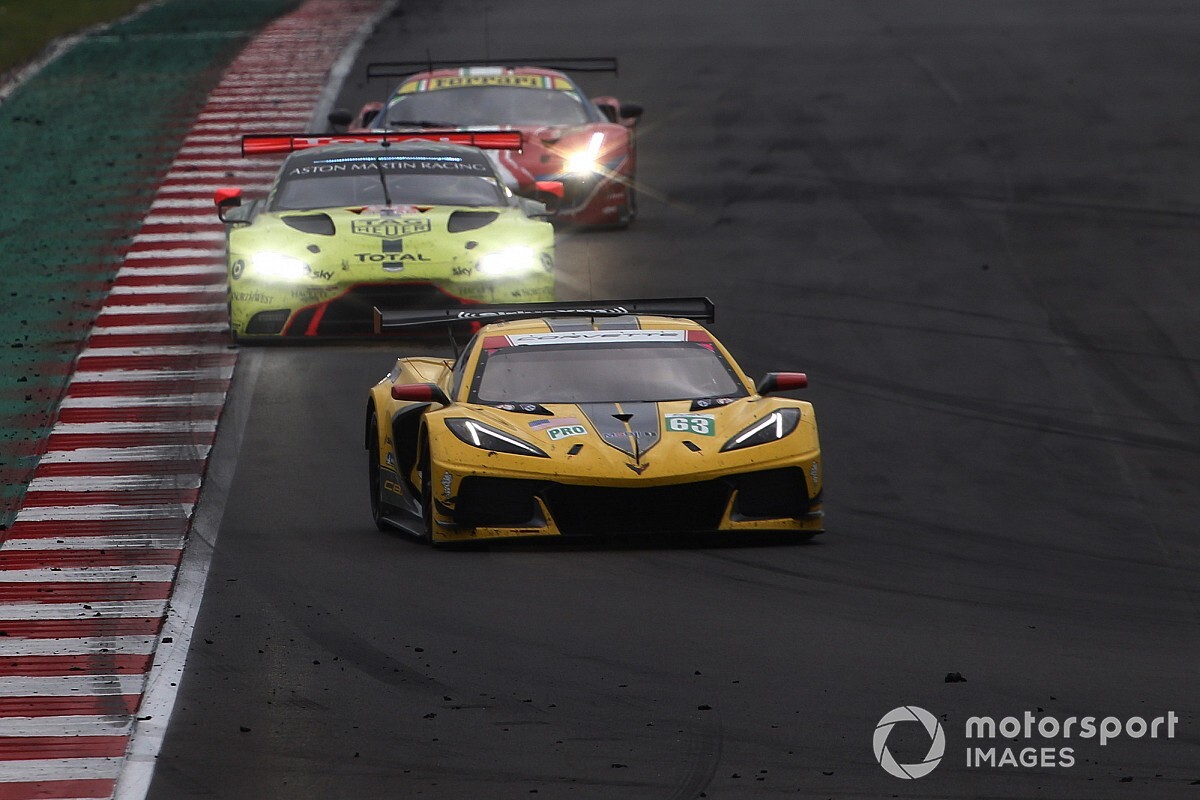 Corvette needs to be granted an exemption to the GTE Pro class Balance of Performance system if the American marque is to compete with its rivals in its next FIA WEC outing at Sebring, believes Mike Rockenfeller.

Sharing the American brand's solo entry with Jan Magnussen, Rockenfeller endured a frustrating first outing aboard the C8.R at the Lone Star Le Mans event, the pair finishing a distant sixth and three laps behind the winning Aston Martin.

Rockenfeller estimated that the Corvette, which was losing 7km/h (4mph) to its rivals in a straight line owing to what team manager Ben Johnson had described ahead of the weekend as a "conservative BoP", was losing 50 seconds a stint to its rivals.

Only a late battery problem for the #91 Porsche saved the Corvette from finishing last out of the seven-car GTE Pro field.

Given the automatic BoP used by the class is only designed to make changes after two races, Rockenfeller said Corvette will need to be given additional help if the C8.R's next outing in the Sebring 1000 Miles is to be any more competitive.

"I really hope they do something, otherwise we're just driving around burning fuel and tyres," the Audi DTM regular told Motorsport.com post-race. "It's not up to me, but the people in the FIA and the ACO know what they are doing.

Reflecting on the race itself, the German added: "The positive was that we had no issues whatsoever, the car ran really well. Obviously we were lacking pace, but the ultimate goal was not to win here, just to do as well as we could.

"It takes a while for everyone to understand the car, there's still a margin on set-up to improve. It was not easy with just two [practice] sessions on that track to do it perfectly.

"But everybody has seen we are really struggling, especially on the straights. Even the Am cars were quicker than us when they had the good guys in.

"When you're being lapped and you have no pace, it's not nice. But that was clear before the race; we didn't expect any different. There was no chance."

Rockenfeller hadn't driven the C8.R prior to the Austin weekend but said he had seen enough potential in the car to suggest it will be in a position to win races soon.

"It's not that we are not trying," he said. "We are here on home ground for Corvette, a lot of fans are supporting us, so it's not like we are happy to be where we are pace-wise.

"But this team has won so much in the past, this car will be fast. It's a matter of time. It was already good in Daytona, super-strong, so I expect a lot from the C8.R."