Di Grassi column – The Le Mans rehearsal that is Spa 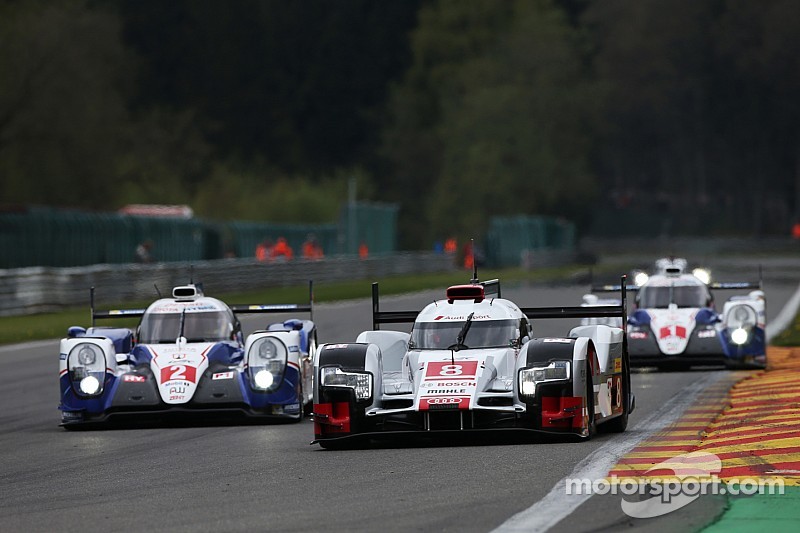 In his latest post for Motorsport.com, Audi Sport Team Joest's Lucas di Grassi reflects on a tough Spa weekend and why a change of luck and some hard work can ensure a special result at the Le Mans 24 Hours next month.

It is natural that most people look at the Spa WEC race as a rehearsal for Le Mans.

Clearly Spa has some characteristics in its nature that allow it to be such. It became clear for us after some tests before the Spa weekend that we could be competitive with a lower downforce version of the Audi R18 e-tron quattro.

The car we used at Spa is a similar version to the one we will use at Le Mans, although obviously there will be some key differences with the package we turn up with at Le Mans. The decision was taken to bring two of the 'low-drag' cars to Spa.

These were our #8 and #7 cars, which are entered in the whole of the WEC this year. The #9 car, which we will see only at Spa and at Le Mans, was in the specification that we raced in at Silverstone.

We were confident from the beginning of the weekend that we would be competitive but we didn't know exactly how much the car had compared to our rivals. But as we all saw, it was the correct decision from Audi to go for the low-drag car, because the #7 car won the race.

The level of technology and effort that Audi has put in to this new car is something completely extraordinary. We saw some great performance in the race, so everyone was very happy afterwards.

Of course, I was happy for this, especially looking at the bigger picture and thinking about Le Mans next month, but there was also some frustration for us, as we were again delayed with a problem in the race.

The Spa meeting started badly with the accident between our car (driven by Oliver Jarvis at the time) and Kazuki Nakajima's Toyota in poor conditions during Free Practice 1. You never like to see drivers getting injured and we wish Kazuki all the best for his recovery and that he returns to the track very soon.

Our team did a fantastic job to get the car ready again for the Free Practice session on Friday morning, which thankfully was dry.

Throughout that session, which was only an hour, we just concentrated on getting the car ready for qualifying and race. It was almost like a roll-out test in some respects because the rear structure of the car had been rebuilt from the crash. We only did a couple of laps each to explore it a little, but we just didn't have the time to do any fine tuning.

We qualified fifth on the grid and the #7 car was just ahead and closer to the Porsches. We know that, at the moment, over a single lap the Porsches have an advantage, that is clear. Qualifying was a good opportunity to further check the balance and get a bit more performance in to the car for the race.

Loic [Duval] started the race with a double and then Oli [Jarvis] got in for a single stint. As always they did a very good job and we were in a healthy position when I took over in the third hour.

A few laps after my first scheduled stop I had to come in to the pits, and we lost five laps with an electrical problem as we had to change the Electric Control Unit. It was tough and frustrating, but after that we just had to get more data and I went out and did the fastest lap for our car, a 1m58.077s.

There was a bit of an incident at the end of the race when Oli went off, but we ended up scoring a few more points for seventh place and also some for the manufacturers' title.

In general it was a tough weekend for our crew. What I can say is that bad luck does not run forever and it must change soon. We have to keep our heads up and never stop working hard, because at Le Mans we have double points to play for, which can put us back in contention in the WEC.

We have some testing to come before the official Le Mans test day and I know that the team at Audi is working extra hard to ensure we have the best possible chance there.

Finally, I must say that the level of the WEC is really capturing everyone's imagination now and there is a great buzz around the paddock. I think that it is a golden period for endurance racing and it is growing fast. The media interest is growing noticeably, and the quality of the cars and the drivers throughout the field is really, really impressive.

Representing Audi is really a great honour for me, and despite the #8 having a tough start to 2015, I believe that we will be in contention for some really big results this season and that they are just around the corner.

Total, together with the Chinese pilots team to participate Le Mans 24H and Shanghai 6H WEC