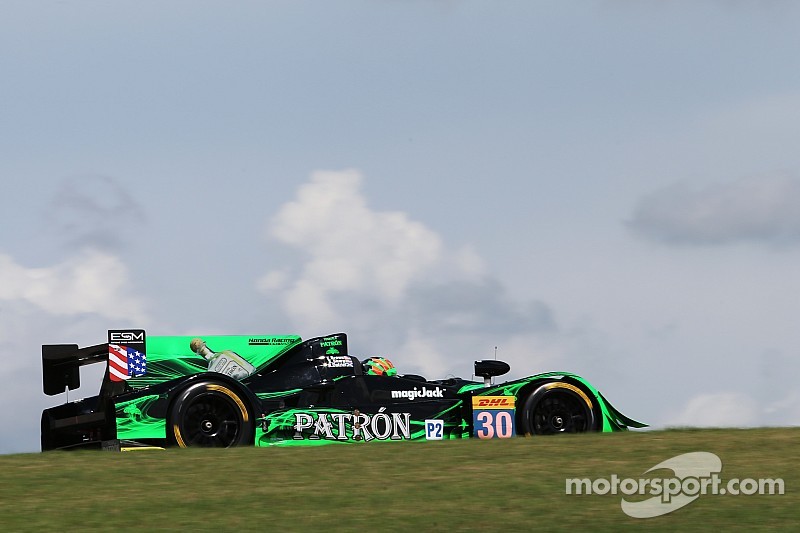 The American teams had a decent practice today.

The third practice session for the FIA World Endurance Championship Six Hours of Circuit of the Americas concluded and the three mainly American operations fared differently in the session.

ESM finished the session third in class, 1.4 seconds behind the leading LMP2 car from G-Drive Racing. The car underwent several setup changes overnight, but so did the track, so it was a big compromise to get the setup right, as Ryan Dalziel explains.

“We made some pretty big changes I would say for practice three, initially it seems like they were positive changes, I mean we feel like although we weren’t quickest we have a car that had we put on new tires and run low fuel I think we would have been up there but this track changes constantly, it changes ten degrees it makes a massive difference on lap time and grip,” Dalziel said.

The car didn’t have a brake fire like it did for the first practice, so a larger brake air duct might have been one of the changes made.

Corvette Racing was the slowest car in GTE-Pro, but a lot of that can be put to drivers getting up to speed. The Taylor brothers (Ricky and Jordan) were still getting used to driving the car after driving in the Corvette Daytona Prototype in the Tudor United SportsCar Championship, as Ricky opened up on.

It’s [C7.R] much much softer, it’s much more like a road car

He was also open about the differences between the DP and the C7.R.

“It’s [C7.R] much much softer, it’s much more like a road car. There’s just many, many differences in driving style, especially in the esses here, it just changes direction much slower, but once it takes a set it’s obviously a really good race car,” Taylor said.

Krohn Racing had a small spin in the late portion of the session and was 1.1 seconds behind the class leading Aston Martin, ending the session sixth fastest in class after a few setup changes were made to the car overnight, as Nic Jonsson describes.

“Our car’s improved from last night, or from yesterday morning as well actually because we did quite a few setup changes to the car to try to get a little bit more overall grip but also to change the balance of the car so we’re starting to get very close to where we need to be now,” Jonsson said.

An interesting tidbit was that Jonsson did not know that his fastest lap time was removed from the car’s results in the first practice session after going through the pit lane at 67 km/h.