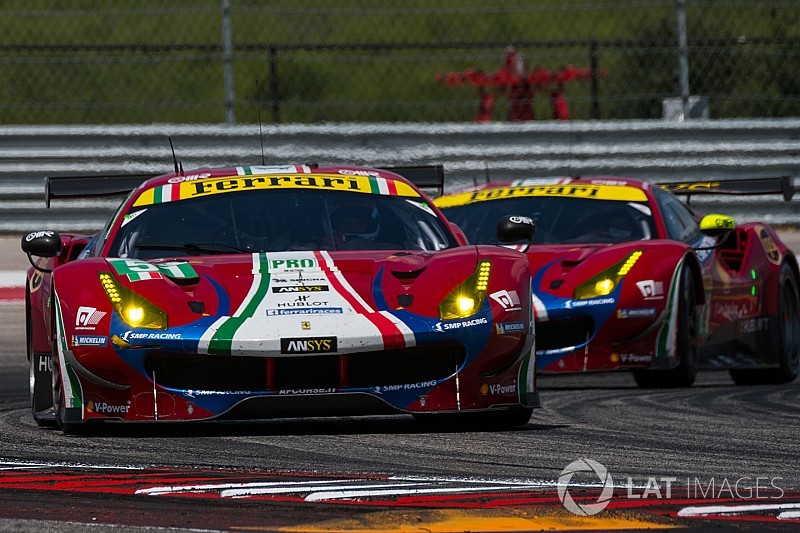 Ferrari will defend its World Endurance Championship GT drivers' and manufacturers' titles with an unchanged line-up.

Reigning champions James Calado and Alessandro Pier Guidi will again be paired in the #51 AF Corse-run factory Ferrari 488 GTE for the 2018/19 WEC 'superseason', while Sam Bird and Davide Rigon will team up in the #71 GTE Pro class entry.

A spokesman for Ferrari told Motorsport.com: "There is clearly no reason to change the WEC line-up.

"James and Alessandro obviously worked well in their first year together. They have a great relationship, and we can say the same about Sam and Davide."

Former Audi DTM driver Miguel Molina, who was brought into the Ferrari factory set-up for 2017, is set to again join Bird and Rigon for the Le Mans 24 Hours WEC round in June.

The spokesman said that it was looking likely that Toni Vilander will slot into the third seat in the #51 car at Le Mans.

Long-time Ferrari factory driver Vilander should be free to take up the seat because the Risi Competizione team for which he races in the IMSA SportsCar Championship in North America appears unlikely to return to Le Mans this year.

It would be the Finn's first Le Mans assault with AF Corse, for which has twice won GTE Pro at the 24 Hours, since finishing third in class in 2015.

Ex-Formula 1 driver Giancarlo Fisichella and Ferrari have yet to define a new contract for 2018.

The Italian is not scheduled to be part of Risi's downscaled 2018 programme, which is set to focus on the four long-distance IMSA races that make up the North American Endurance Cup.

Russian entrant Kaspersky Motorsport, for which Fisichella raced in the 2017 Blancpain GT Series Endurance Cup, is not returning to the championship in 2018.