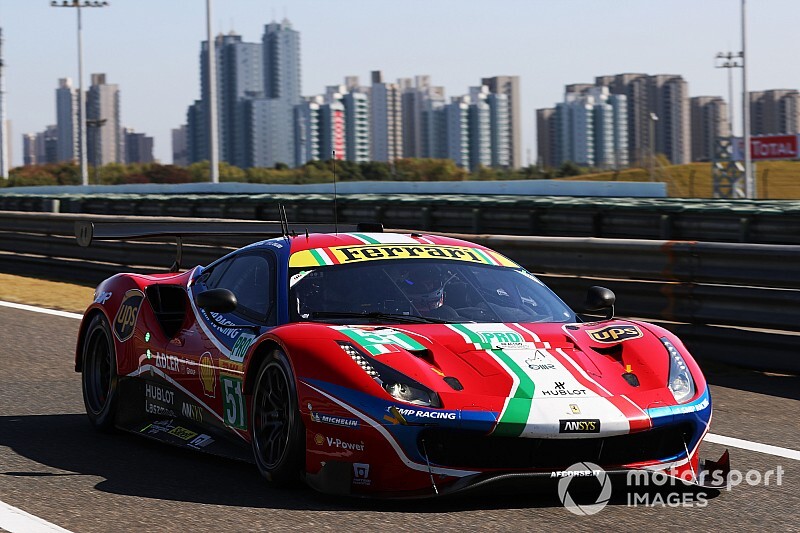 The GTE Pro class-winning Ferrari of James Calado and Alessandro Pier Guidi has been disqualified from Sunday's Shanghai round of the FIA World Endurance Championship.

The #51 Ferrari 488 GTE run by the factory AF Corse team has been excluded from the results for a ride height infringement.

The disqualification has given the Porsche 911 RSR driven by Kevin Estre and Michael Christensen, which finished just under seven seconds behind the Ferrari, GTE Pro victory at round three of the 2019/20 WEC.

The second of the factory Porsches shared by Gianmaria Bruni and Richard Lietz has moved up to second, while  Maxime Martin and Alex Lynn have inherited the final podium spot in their Aston Martin Vantage GTE.

The ride height of the Ferrari was found to be under the 50mm minimum in post-race scrutineering.

The stewards' report said that the team presumed the car had sustained damage in an incident with one of the Porsches at the start of the race or in contact with the #62 Red River Sport GTE Am class Ferrari.

No signs of damage were visible during further examination of the car, which was accepted by the team.

The stewards stated that "no acceptable explanation for the lower ground clearance" could be ascertained in the report confirming the disqualification.

Shanghai victory was "meant for" Rebellion