The new Audi R18 e-tron quattro is now officially ready to take part in the 2014 season.

Ingolstadt, March 3, 2014 – Before the Audi R18 e-tron quattro is allowed to contest its first race, the FIA (Fédération Internationale de l’Automobile) has to approve it. The required homologation documents had to be submitted by February 15.

When the Audi Sport squad headed by Dr. Wolfgang Ullrich tackles the construction of a new race car, a challenging task has to be resolved. Maximum creativity is obviously a key aspect but at the same time, all the regulations must be complied with. The Technical Regulations for 2014-specification LMP1 sports cars encompass 20 chapters with 67 pages, divided into detailed sections and a comprehensive annex.

The FIA and ACO experts had the opportunity to verify that the R18 e-tron quattro complies with these regulations even before the actual homologation. “Back in November, the manufacturers had to submit initial documents for an advance homologation,” says Head of Audi Motorsport Dr. Wolfgang Ullrich. “This allowed the FIA and ACO to gain an initial impression of the planned concept.” 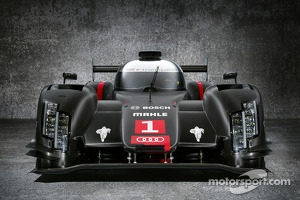 The so-called homologation sheet of the Audi R18 e-tron quattro has 75 pages – more than any of its predecessors. “The level of detailing is the reason,” explains Dr. Martin Mühlmeier, Head of Technology at Audi Sport. “The homologation documents put new emphasis on areas such as safety-relevant components, the powertrain and the energy systems.” The freedoms provided by the LMP regulations include the possibility to homologate various body versions. During the course of the season, additional variations in the sense of an evolution may be subjected to post-homologation. “In contrast, the class rating which specifies the permitted amount of hybrid energy, the operation principle of the hybrid system, the type of fuel used by the internal combustion engine and the output and consumption window may not be changed anymore,” says Dr. Mühlmeier. Audi relies on a hybrid system in which the kinetic energy is recuperated at the front axle and fed back into the system.

Even before the car was homologated, Audi provided proof of the accident safety of the new race car. “The crash elements at the front and rear as well as the monocoque were subjected to special static and dynamic tests,” adds Chris Reinke, Head of LMP at Audi Sport. “In a certified test facility all these tests were successfully run in the presence of FIA and ACO delegates.”

In Ingolstadt, the FIA and ACO experts subsequently performed further tests, for instance of individual functions of the race car, made measurements, checked individual geometries by means of gauges and inspected materials. Each R18 e-tron quattro car which Audi will be using in the FIA World Endurance Championship (WEC) this year has its own folder, which contains the homologation documents and the car’s chassis number. This description of the race car, which is like an ‘ID card’ in a manner of speaking, has to be presented at each document and technical scrutineering session at all events. Homologation is an important, but by no means the only prerequisite for fair and thrilling competition in the 2014 season.