Final line up for the 6 Hours of Silverstone

Long period of testing and preparation has ended, now it's time to proceed to racing. The grid for Silverstone opening round is set.

After the months of preparations and testing, the final grid for the opening round of the 2013 FIA World Endurance Championship has now been made public with just one week to go. The 6 Hours of Silverstone will take place at the home of British motor racing on the 12-14 April, with the overall winner being the latest recipients of the Royal Automobile Club Tourist Trophy, with their names being added to a roll of honour that stretches back to 1905.

The truly international grid for the 6 Hours of Silverstone features 31 cars run by 21 teams representing 11 different countries, with 89 drivers taking part in the race representing 22 countries across six continents. At Silverstone all eyes will be on the British teams – Strakka Racing, Delta-ADR, Greaves Motorsport, Aston Martin Racing – and on the 15 British drivers racing across the four classes. 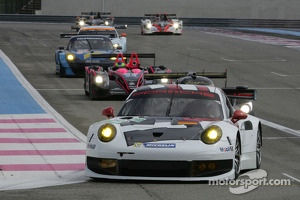 The main focus will be on the renewal of the battle between Audi and Toyota at the front of the field. Audi start the 2013 season as World Champions but Toyota won three of the six races they entered in 2012 and with two cars entered for the full season, Audi know they will face some stiff competition as they fight to retain the manufacturer and driver crowns. Marcel Fassler, Andre Lotterer and Benoit Treluyer will defend their title in the nr1 Audi R18 e-tron quattro, while Allan McNish and Tom Kristensen are joined by Loic Duval in the nr2 Audi. Anthony Davidson makes a welcome return to driving duties for Toyota at his home race and will be joined by Sebastien Buemi and Stephane Sarrazin in the nr8 Toyota TS030, while Nicolas Lapierre and Alex Wurz will resume the partnership that took them to third overall in the world championship in 2012.

The LMP1 Privateer battle will be no less fierce than the one between Toyota and Audi as Swiss team Rebellion defend their hard won title against the all British entry from Strakka Racing. Nicolas Prost, Neel Jani and Nick Heidfeld will pilot the nr12 Rebellion Lola Toyota and the nr13 car will be driven by Andrea Bellichi, Mathias Beche and Cong Fu Cheng. Strakka’s driver line up is unchanged from last season with Danny Watts, Nick Leventis and Jonny Kane looking to build on the performances of last season.

The LMP2 grid boasts the biggest entry and 2013 promises to be another great year for the class. Despite the withdrawal of HVM Status GP, Gulf Racing Middle East and reigning champions Starworks Motorsport there are still 10 cars entered for Silverstone, including UK teams Delta-ADR and Greaves Motorsport. It will a hard call to who will be standing on the top step of the LMP2 podium on Sunday afternoon. Race winner John Martin switches to the nr26 G Drive Oreca Nissan to drive alongside Roman Rusinov and Mike Conway, while his place in the nr25 Delta ADR Oreca is taken by Britain’s James Walker, who will race with Antonio Pizzonia and Tor Graves. 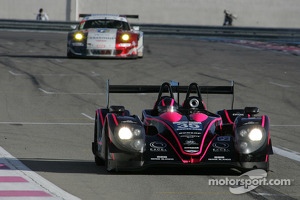 The LMGTE Pro grid is possibly the most interesting with three works teams from the most famous manufacturers in endurance racing competing head to head for the World Cup for Manufacturers and Drivers. AF Corse and Ferrari are the current champions and they are fielding a two car defence of their titles. Opposition comes from two newly launched Porsche 911 RSR, run by Team Manthey, and a pair of Aston Martin Racing Vantage V8s, who will be hoping for a home win as the manufacturer celebrates its 100th birthday in 2013.

Drivers in this class read like a who’s who of racing drivers. Gianmaria Bruni and Giancarlo Fisichella will drive the nr51 Ferrari; with Japanese star Kamui Kobayashi joining Finland’s Toni Vilander in the nr71 car. The Porsche driver line up is no less than impressive and boasts six stars of endurance racing – Timo Bernhard, Patrick Pilet and Jorg Bergmeister in the nr91 911 and Romain Dumas, Richard Lietz and Marc Lieb in the nr92 car. The Aston Martin driver crews complete the star driver line up in the LMGTE Pro class with Bruno Senna joining last season race winners Darren Turner and Stefan Mucke in the nr97 Vantage and Pedro Lamy and Fred Makowiecki racing with Canadian Paul Dalla Anna in the nr99 Aston Martin.

The LMGTE Am grid is made up of eight entries, with reigning champions Larbre Competition fielding a single Chevrolet Corvette against Ferrari, Porsche and Aston Martin.

Patrick Bornhauser, Fernando Rees and Julien Canal will make up an unchanged driver line up at Labre, with main rivals Proton Competition also fielding an unaltered crew with Christian Ried, Paolo Ruberti and Gianluca Roda in the Porsche 997 GT3 RSR.

Aston Martin Racing are also fielding two LMGTE Am cars to race alongside their two Pro spec entries. An all Danish crew of Allan Simonsen, Christoffer Nygaard and Kristian Poulsen will race the nr 95 Aston, while the nr96 car will be raced by Roald Goethe, Stuart Hall and Jamie Campbell-Walter, the only driver in the field who has his name engraved on the Tourist Trophy after his win in 2010 in the GT1 spec Nissan GT-R. 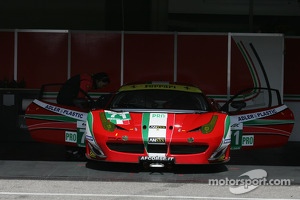 American team Krohn Racing will be one of the teams racing the Ferrari 458 in GTE Am class in its now familiar and distinctive bright green livery. Team owner Tracey Krohn will race with Niclas Jönsson and Maurizio Mediani. The other Ferrari teams are AF Corse, with South African Jack Gerber racing with Ireland’s Matt Griffin and Italian Marco Cioci, and 8 Star Motorsports, which features team owner and LMP2 champion Enzo Potolicchio in its driver line up alongside Portugal’s RuiAguas and Austrian Philipp Peter.

The 6 Hours of Silverstone weekend features the opening round of the 2013 FIA World Endurance Championship, round 1 of the 2013 European Le Mans Series and the second weekend on the 2013 FIA European Formula 3 Series calendar.