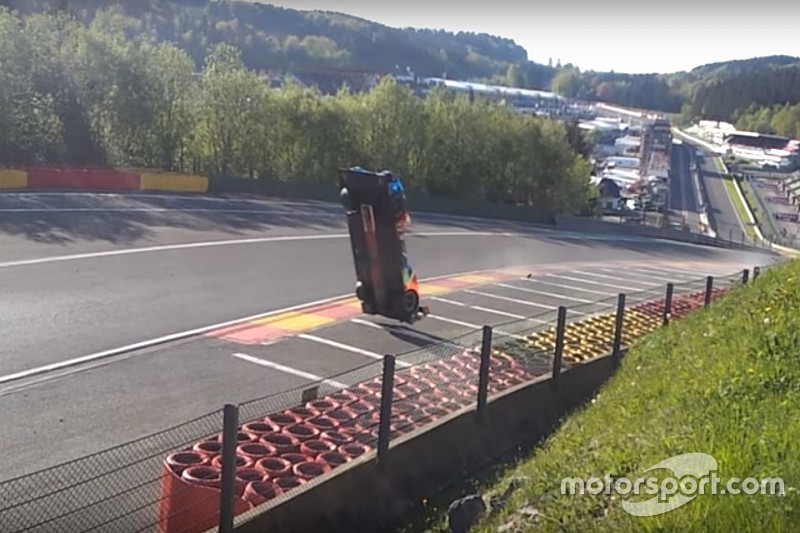 Isaakyan crashed out with around an hour remaining having been fighting for a podium place in the #17 SMP Racing BR Engineering BR1-AER he shares with Stephane Sarrazin and Egor Orudzhev.

TV pictures at the time did not show the incident, although the Russian driver was understood to have become at least partially airborne before hitting the barriers on the far side of the track.

Now footage shot from the top of Eau Rouge has shown in more detail what happened, with Isaakyan's car appearing to catch air as it crosses the ripples at Raidillon and completing at least two backflips before coming to rest.

Isaakyan was taken to the medical centre for routine checks but was unhurt.

The footage comes as ex-Formula 1 champion Jenson Button made his test debut in the SMP BR1 he'll share in the Le Mans 24 Hours next month with Vitaly Petrov and Mikhail Aleshin.

Button ran at Magny-Cours on Wednesday, with a representative of SMP Racing reporting that "all went really well" and that the Briton was "very happy".