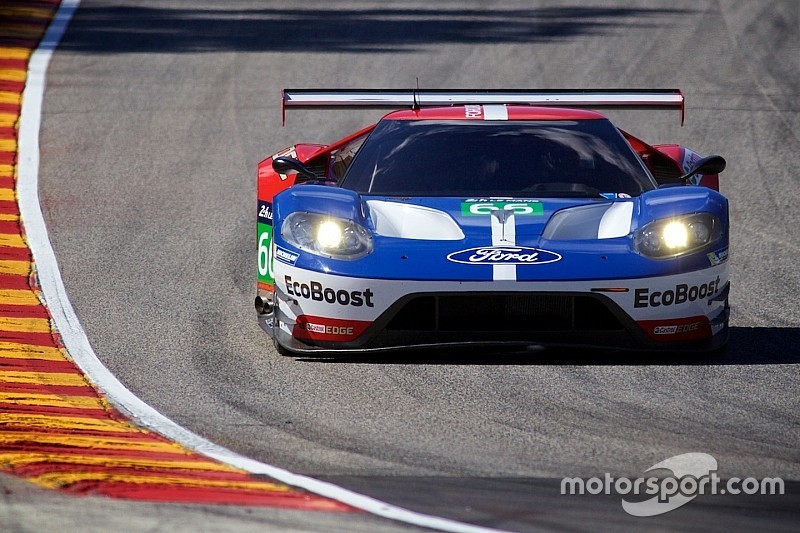 Motorsport.com broke the news of Ford’s initial laps undertaken by Scott Maxwell at Calabogie Motorsports Park back in May. Further tests have since taken place at Canadian Tire Motorsport Park and the Michelin test facility at Ladoux, France.

Maxwell was joined by former NASCAR Nationwide racer Billy Johnson at the test, which was conducted by Ford development partner Multimatic.

The Ford GTE spec car was reported to have made good progress as it gets set for its race debut at Daytona next January.

However, the car is yet to be officially balance of performance-tested and will then have to adhere to a set of specific criteria as dictated by the FIA/ACO technical teams. The BoP test will take place on September 6.

"We came out really good, so we are happy. The lap times are more than just in the ballpark and the handling of the car is phenomenal. It is running as predicated by our CFD analysis, so we are very excited and we’re off to a good start.”

The drivers to be selected to form both the Tudor United SportsCar and World Endurance Championship teams are currently being evaluated. Ford is spearheading the decisions on who to employ and is expected to make formal announcements in October.

“We are in the process of evaluating drivers and we meet on a regular basis with Multimatic and Chip Ganassi Racing as a cross-functional team looking at driver dynamics and what talent we need,” confirmed Pericak.

“We are going to be on the track [racing] in January, so we are not dragging our feet and we are moving as quickly as we can, but we are also making sure we get the right people behind the wheel.”