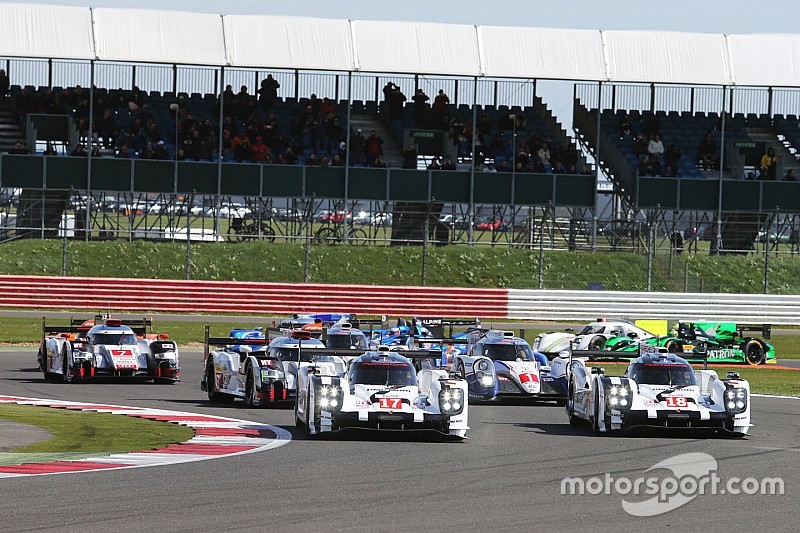 The FIA World Endurance Championship kicks off its 2016 season this weekend at Silverstone. FOX Sports offers multi-platform coverage of the 6 Hours of Silverstone, hosted by Bob Varsha and Calvin Fish.

“This is a great time to be a sports car fan, and I'm thrilled to be a part of our efforts to bring the very best to our audience,” Varsha said. “Silverstone opens the fifth season of the World Endurance Championship: eight 6-hour races, including Circuit of The Americas in Texas come September, with many of the stars of the legendary 24 Hours of Le Mans in June.”

“The marquee class is LMP-1, where the prototype cars are allowed even less fossil fuel than last year, yet still crank out about 1000 horsepower thanks to exotic hybrid technology,” Varsha said. “Porsche dominated last year's world titles, including a 1-2 sweep at Le Mans, but now the stakes have been raised.

“Porsche's champions Mark Webber, Timo Bernhard and Brendon Hartley will use an updated 919 Hybrid racecar to defend against the "old guard" of former champions Audi and Toyota, each of which has produced a totally redesigned machine. Meanwhile, privateer teams Rebellion and ByKolles will be the focus of every fan who loves an underdog.

“The biggest class is LMP-2, similar to the front-running prototypes of IMSA’s United SportsCar Championship, where Extreme Speed Motorsports has already swept overall victories at Daytona and Sebring this year, and produced a sensational new star in 22-year-old Brazilian Pipo Derani,” Varsha added. “Now Florida-based ESM will add a second car to engage with nine international rivals, hoping to bring a prototype championship to the United States for the first time since the days of the Ford GT40s.

“Speaking of Ford, the Blue Oval is the headliner in the GTE Pro class as they try to channel the spirit of the GT40 with their new GT model in the hands of super-successful Chip Ganassi Racing,” Varsha said. “Young American Billy Johnson has earned the drive of a lifetime, and he’ll have a big learning curve on unfamiliar circuits as he joins veteran pros Marino Franchitti, Stefan Mucke and Olivier Pla to challenge Ferrari, Porsche and Aston Martin.

“GTE Am will feature similar production-based cars, and while the idea is that the GTE Am crews are less experienced than the Pros, there are plenty of recognizable names and factory stars among the driver lineups.”

FOX Sports begins coverage from Silverstone on FS1, before moving to FS2 for the conclusion. The entire race is available live through FOX Sports GO.

“Winning at Silverstone will be at the top of every team's agenda,” Varsha added. “But equally important both in England and the 6 Hours of Spa that follows in Belgium, will be preparing for the big one: Le Mans. There, the Ford/Ganassi effort will swell to four cars, Corvette Racing will arrive from the USA to defend its 2015 class win, Extreme Speed will likely be a factor in LMP-2, and more than a half-dozen IMSA United SportsCar Championship teams will take on the world in the biggest sports car extravaganza on the planet.”

(all times U.S. Eastern and subject to change):