Luca Ghiotto says his focus is still on forging a Formula 1 career after enjoying a successful LMP1 debut with Ginetta in the FIA World Endurance Championship Prologue test at Barcelona.

Formula 2 frontrunner Ghiotto, 24, made his first foray into sportscars by helping the factory Team LNT squad work hone its Ginetta G60-LT-P1 during the test on Tuesday and Wednesday.

Ghiotto’s best lap in the fourth and final session came within half a second of the pacesetting Toyota TS050 Hybrid, putting the #6 Ginetta fourth and ahead of the second of the Rebellions.

“The focus is on F2 and to finish the season as best as I can,” Ghiotto told Motorsport.com following the test. “As always the main target is F1.

“You always need to be ready for something else and you always have to have a Plan B. I’ve been really happy to be there with Ginetta the past few days in the car and with the championship.

“It was really nice, and for sure if the main plan [F1] doesn’t work I would be more than happy to be competing in WEC. I’d never been in that paddock before Monday, it’s really impressive.”

The owners of Ghiotto's UNI-Virtuosi F2 team were key in arranging the test, and the Italian said the car felt quite similar to his regular mount.

“I really felt like I was driving the same car that I’ve been driving for the last few years,” Ghiotto added.  “I was quite surprised by that to be honest.

"I was expecting it to be much different, but it made it better for me as it made things easier when you’re used to it and it wasn’t like another world. After five laps I was feeling good with the car.”

Ginetta is planning to field two in the 2019/20 WEC season opener at Silverstone, but Ghiotto clarified he would not appear in the British marque's line-up for that event at least.

“For sure I will not be in Silverstone because it clashes with F2 in Spa, so I wouldn’t have chance to do the first round anyway,” he said. “So far there’s no more plans at the moment.”

Ex-SMP Racing LMP1 driver Egor Orudzhev was another of the eight drivers to join Ginetta for the Prologue, although the Russian only appeared in Wednesday's final session.

He suffered a spin while at the wheel of the #5 G60-LT-P1 at the Turn 14/15 chicane, before switching over to the #6 machine and setting that car's best time before Ghiotto's late flyer.

Orudzhev said the reason he ended up moving between the two cars was the #5 didn't accommodate his 5'10'' frame well.

"In the beginning I was in the #5 and unfortunately I didn’t fit well inside the car," he explained. "It’s a bit tighter than the BR1 [SMP car] and that was one of the reasons I spun, I wasn’t comfortable inside.

"I switched to the #6, it had a bigger seat, it had more space and it was better. I think we did a good, not a lot of laps [26 in total], but we were quite efficient, I would say." 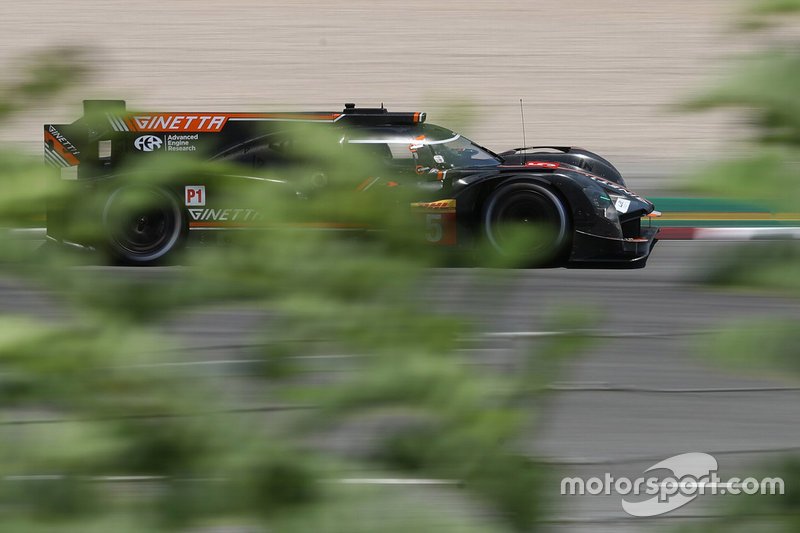