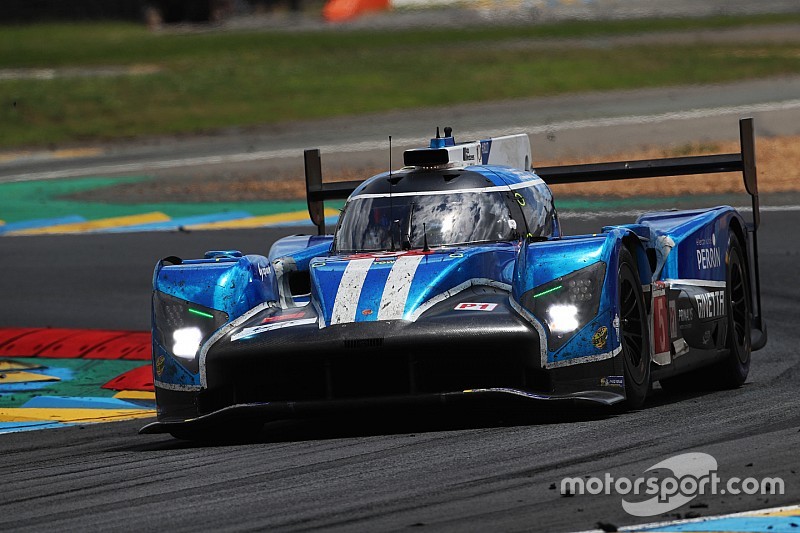 The single Ginetta privateer LMP1 car entered for the Fuji round of the World Endurance Championship next month has been withdrawn.

No explanation for the decision not to attend the Japanese race on October 14 has been forthcoming from Ginetta or the official entrant, CEFC TRSM Racing.

It is understood that it has told the WEC that it is not ready to compete with latest version of the G60-LT-P1 powered by the AER V6 engine.

The solo car, which was to be driven at Fuji by Oliver Rowland, Alex Brundle and Mike Simpson, remains on the provisional entry list for TRSM's home event in Shanghai in November.

The move follows the absence of the TRSM entries from the Silverstone WEC round last month and then the announcement by the Manor team, which was running the Ginettas on behalf of TRSM, that it was no longer involved in the programme.

Ginetta has taken over the running of the car, although it has yet to confirm that.

It tested the re-engined car, which had previously been powered by a Mecachrome V6, at Silverstone shortly after the WEC race and reported that it was a big step forward.

Ex-Formula 1 test driver James Rossiter will return to the ByKolles privateer team at the Fuji round of the World Endurance Championship next month.

The 35-year-old Briton, who was a tester for BAR/Honda and Super Aguri, will join team regular Oliver Webb and Tom Dillmann in the team's ENSO CLM-Nissan P1/01 at Fuji on October 14.

Dillmann, like Rossiter a regular in the Super Formula series in Japan, is returning to the team after missing last month's Silverstone round when the car was driven by Webb and IndyCar driver Rene Binder.

Rossiter, who has raced sporadically with ByKolles team in the WEC since 2012, will making his first start with the team since the Spa round in May 2017.

He had been also due to contest the Le Mans 24 Hours WEC round last year but was prevented from doing so by Toyota because of a clashing testing commitment with the TOM'S Lexus Super GT team.

ByKolles hasn't ruled out further outings for Rossiter over the course of the superseason.

Keiko Ihara is returning to the WEC for the first time in nearly four years.

She will drive the Ligier JS P217 for the Larbre Competition team with which she competed at Le Mans in 2014.

The other change to the entry list is the arrival of Satoshi Hoshino, a regular in Asia GT events, at the Dempsey-Proton GTE Am squad.

The 57-year-old will share the team's #88 Porsche 911 RSR with Matteo Cairoli and Giorgio Roda.