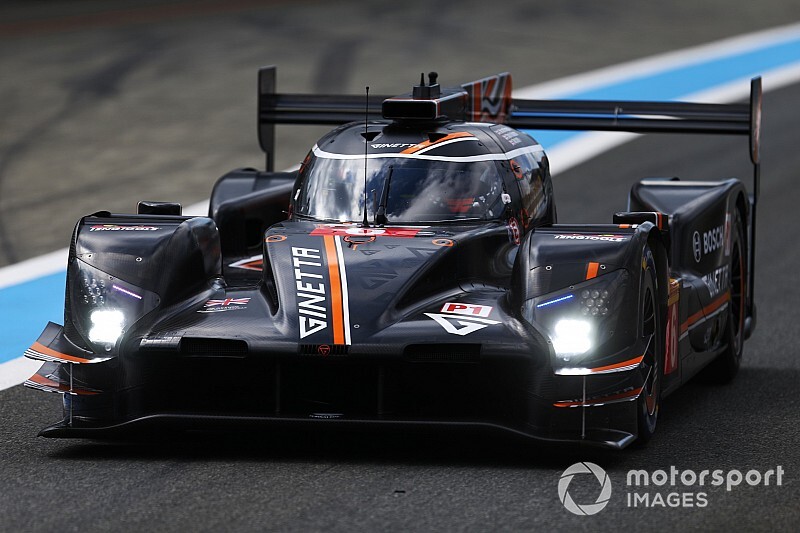 Ginetta believes it could have challenged for a front-row grid position at this weekend's Fuji FIA World Endurance Championship round but for a late engine change ahead of qualifying.

Mike Simpson revealed that his lap aboard the #6 Team LNT Ginetta G60-LT-P1, which stood as the fastest privateer time in qualifying, was compromised after the rush to change the turbo powerplant.

The quick engine swap resulted in a number of electrical glitches, including failing power steering that resulted in teammate Charlie Robertson spinning. He was unable to restart the car and didn't complete a flying lap.

"I think we had the pace to challenge the second Toyota for a place on the front row," Simpson told Motorsport.com.

"Considering that we had a series of issues, I think we showed good performance. We've unlocked a bit more in the car, and if Charlie had managed a lap, there was a chance that we could have got ahead of the #7 Toyota."

Because Robertson didn't complete a lap, the #6 Ginetta would have started from the back of the five-car LMP1 field.

But the car, which Guy Smith shares with Simpson and Robertson, was excluded from qualifying for two technical infringements uncovered in scrutineering.

The external marshals' switch that puts the car into neutral and the quick release system on both doors was not operational.

The #6 Ginetta will have to start from the pitlane after the rest of the field has completed one racing lap.

Simpson posted a 1m25.889s lap, which was only two tenths slower than Jose Maria Lopez managed in the #7 Toyota TS050 Hybrid that took second on the grid behind its sister car.

The #6 Ginetta, which is unpenalised at Fuji under the new system of success handicaps in LMP1, was just under a tenth quicker than the fastest lap for the solo Rebellion R-13 set by Norman Nato.

Simpson explained that he was initially heading into the pits as he began what turned out to be his fastest lap.

"There was an issue that turned out to be just a sensor, so the team told me to abort the pitstop because we were running out of time," said Simpson. "I'd probably slowed down to 150km/h as I began the lap, which certainly didn't help."

Simpson revealed that the Ginetta's traction control wasn't working and that the power steering issue that caused Robertson to spin was already manifesting itself during his lap.

He paid tribute to the LNT squad for completing the engine change in approximately one hour after data revealed higher water consumption during final free practice.

"It was an impressive effort from the team to get the car out there even if there were a few electrical glitches," he said. "The guys have never had to change an engine in such a short time before."