The veteran of 179 F1 starts will join the Italian manufacturer’s roster of contracted drivers for next year and will play a key role in the development of the FIA World Endurance Championship and the IMSA WeatherTech SportsCar Championship contender, as well as undertaking a limited programme of GT events with the factory Iron Lynx squad.

Grosjean will dovetail testing the LMDh and appearances at the wheel of an Iron Lynx Lamborghini Huracan GTE EVO2 in 2023 alongside another season in IndyCar with Andretti Autosport.

Grosjean, who has become the third driver confirmed for the Lambo LMDh programme after Mirko Bortolotti and Andrea Caldarelli, will then move into a race seat in the LMDh in '24 when Iron Lynx fields one of the new cars in each of the WEC and IMSA in conjunction with sister team Prema Engineering.

He will make his Lamborghini debut with Iron Lynx in next month’s Rolex 24 at Daytona IMSA series opener sharing a GT Daytona Pro class entry with Bortolotti and Caldarelli and is expected to contest the Sebring 12 Hours and Petit Le Mans at Road Atlanta rounds in March and October respectively with the team.

Lamborghini has so far not revealed whether Grosjean will race in WEC or IMSA or both in the LMDh.

Grosjean told Motorsport.com: “For me, it is incredible to represent Lamborghini, especially now with endurance becoming a category with so many manufacturers.

“The negotiation that led me to sign with Lamborghini was very quick: one phone call with Giorgio Sanna [Head of Lamborghini Squadra Corse], two or three e-mails and we were happy and agreed on everything.

“With Lamborghini being such a successful brand, I hope we can do well in the future.” 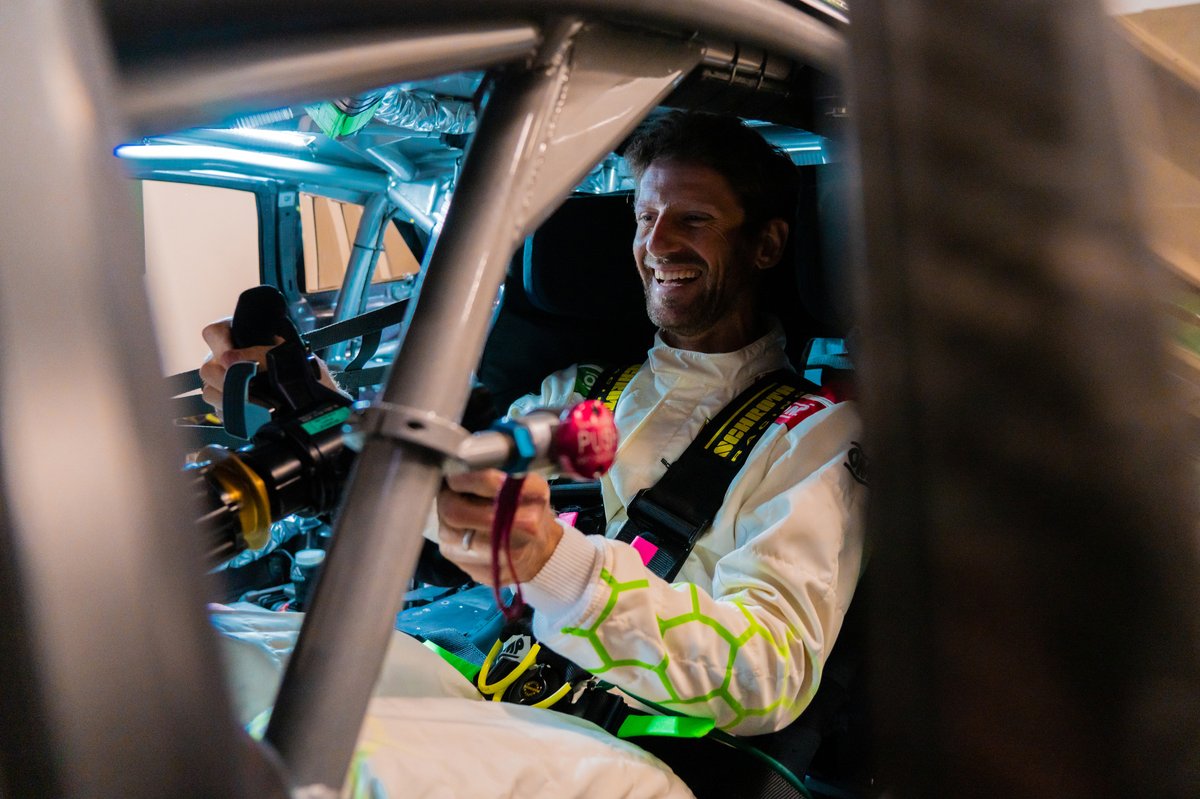 Sanna described Grosjean as a “driver with a huge amount of experience in various categories”.

He explained that the new signing will “add a great deal of value to our GT3 programme but more importantly the development of our LMDh car”.

Grosjean explained that the GT programme in North America will help him gear up to racing the LMDh in '24.

“The experience with the Huracan will serve me to gain experience and understand endurance in the United States,” said Grosjean, who raced a Matech Ford GT1 in a short season of FIA GT1 World Championship events and at the Le Mans 24 Hours in 2010.

“I know Le Mans, I know Spa, but I don't know Daytona, Sebring and Petit Le Mans. It will be important to start this way, to build the relationship with the team and my teammates.”

The Lamborghini LMDh developed in conjunction with Ligier Automotive is due to run for the first time next spring.

Iron Lynx’s GT programme next year with the Huracan will include the four IMSA enduros at Daytona, Sebring, Watkins Glen and Road Atlanta and an assault on the GT World Challenge Europe Endurance Cup.