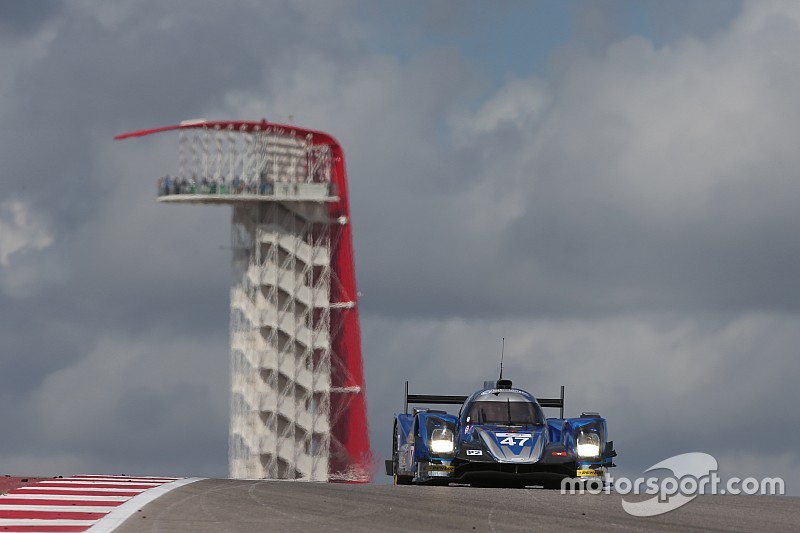 Round five of this year’s FIA World Endurance Championship saw KC Motorgroup Ltd (KCMG) deliver yet another strong performance at the 6 Hours of CoTA on Saturday (September 19) when the Le Mans-winning trio of Richard Bradley, Matt Howson and Nicolas Lapierre finished second in the LMP2 class and sixth overall, helping to maintain their Teams’ and Drivers’ Championship leads.

The Lone Star State witnessed the squad’s first FIA WEC victory last year when they dominated the race after starting from pole position. And 12 months on it was KCMG that once again set the fastest time in qualifying before a minor technical infringement unfortunately relegated its #47 Oreca-Nissan 05 coupe to the tail of the LMP2 field.

We’re still leading the championship, which is the most important thing.

Not that it made much difference. The race got underway at 17:00 local time and only an hour later it was French ace Lapierre who was leading after making short work of his rivals thanks to a series of fast and consistent laps.

The sun was setting over Austin by the time he made way for Bradley who steered clear of the dangers associated with driving in low light. However, that wasn’t enough to prevent championship rivals G-Drive from capitalising on a full-course yellow by pitting ahead and regaining the lead from KCMG.

Ultimately it fell to former Toyota LMP1 driver Lapierre to try and overhaul the team’s deficit. But, despite setting fastest LMP2 lap (1m56.735s) in the process, KCMG was eventually forced to settle for second place at Circuit of The Americas.

KCMG’s sights are now set on racing and defending their LMP2 championship lead at the 6 Hours of Fuji on October 11. The event is the first in a series of Asian rounds before Bahrain’s season finale this November.

Richard Bradley: “I think to come from last to second is a very good result for us and also helped maintain our championship lead, which is the most important thing. The whole team performed well and the car was very good and very fast the whole weekend. We had a little bit of bad luck with the full-course yellows but that’s racing and to finish second is definitely not a bad result.”

Nicolas Lapierre: “We did quite well this weekend, the car was very competitive but in the end I think second was the best we could have achieved from the position we started. We had provisional pole position and also set the fastest race lap but in the end only finished second so, while we did what we could, it’s still a bit of a disappointment. We’re still leading the championship, which is the most important thing. I’d like to wish the guys the very best for the remainder of the season. I’m sure they will fight for the title.”

Matt Howson: “The Austin race was physically one of the toughest I’ve competed in, but credit to all of us because there was nothing more KCMG could have done to win from the back after our harsh post-qualifying penalty. Respect to G-Drive for re-taking the lead but we’ll happily settle for second and the points that go towards our championship, and come back stronger at our home race in Fuji.”